In Bhandari Vs Greenwood, India battles for influence with former imperial master 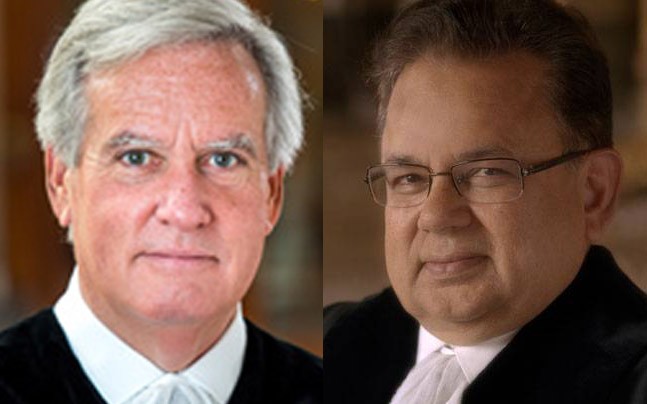 Over at the United Nations, it’s India Vs Britain. Each has a candidate for judgeship at the International Court of Justice (ICJ) in The Hague. Technically, it should not be a contest at all. Britain’s Christopher Greenwood has already served a term on the ICJ and Britain is one of the P5, a permanent member of the UN Security Council.

The contest between Dalveer Bhandari and Christopher Greenwood will say nothing so much as the rise and fall of empires, reputations, prospects and international diplomatic standing.

Mr Bhandari is thought to have the support of a majority of the UN General Assembly members while Mr Greenwood has the support of the members of Security Council. Election rules require a majority in both chambers.

So the new order challenges the old.

It’s not as if Indians haven’t been ICJ judges before. B.N. Rau, Nagendra Singh and R.S.Pathak have all served on the ICJ. But it’s the Bhandari-Greenwood contest that makes the drama. It’s the very fact that a P5 candidate is not easily elected (or indeed re-elected).

Clearly, the political landscape is changing before our eyes. This is the first time a P5 candidate is facing serious challenge from the non-P5.

Unsurprisingly, Indian diplomats are pointing out the need for a graceful passing of the baton. India’s former foreign secretary Kanwal Sibal has publicly called for Britain to “align its interests with those of developing countries and give them a fair share of representation in international governance.”