It’s been nearly three weeks since the prime minister of Greece announced his government was going to do away with an extraordinary bit of imperial baggage – sharia law – that governs Western Thrace on the land border with Turkey.

This state of affairs is a hangover from the Ottoman empire, as The Economist recently explained. After the 1923 swap of religious minorities between Greece and Turkey, it was agreed the Greeks of Istanbul and Muslims of Western Thrace could stay where they were. By treaty, both were given cultural, educational and religious autonomy.

In practice, this has meant that in Kemalist Turkish republic, sharia law was abolished and a secular legal code established, while in Western Thrace, sharia law remained in force for former Ottoman subjects.

It is this situation that the Greek government says it will change. Prime Minister Alexis Tsipras’s administration will move to make sharia voluntary rather than compulsory. The inhabitants of Western Thrace can apply to Greek civil law if they want; they don’t have to stick to sharia.

This sounds like exactly the right way to go about things. It minimises the risk that Western Thrace will become the focus of bitter, even hysterical controversy about sharia in the West. For all the Greek government’s judicious steps and careful use of words, there is always the potential for  sharia law to ignite controversy in the West.

It is worth remembering that in several US states, the unfounded fear that sharia law was about to be introduced resulted in inflamed debate and charged attempts to outlaw it. In Britain, the far right repeatedly whips up controversy about the alleged creeping agenda pursued by sharia enthusiasts. In fact, right after the fringe Britain First far-right group achieved international attention (off the back of Donald Trump’s re-tweets of its anti-Muslim tweets) its deputy leader sought the US president’s help to deal with “sharia-compliant Britain”.

This falsely suggested that sharia law is in force in Britain, when in actual fact, there are some sharia councils that adjudicate on a voluntary basis on Muslims’ marital matters.

But just the mention of sharia, in a non-Muslim country, has the potential to inflame opinion.

Then the sharia-wallas get involved, and it all starts to get even nastier. 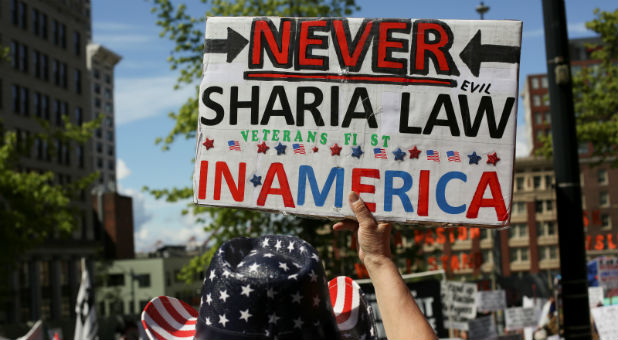