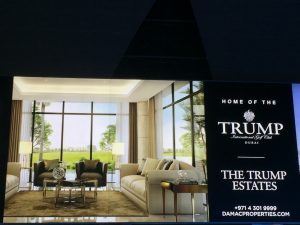 Off the back of news that the Ivanka Trump brand will have its first standalone store, consider the huge screens in Terminal 3 of Dubai airport. They show a Trump home, on “The Trump estates”.

But the brand is the thing and politics enhances it.

As The Economist recently pointed out, Ms Trump’s attempt to use “feminism to sell $100 office frocks worked well. In 2015 the company’s clothing line alone reportedly generated $100m. Abigail Klem, who became chief executive in January, said that in 2016 sales rose by 21 per cent. Ms Trump’s visibility during the campaign helped.”

It’s the same with Trump-branded properties.

Even when there’s notoriety (and bad odour from bad policies) overall, the Trump name sells, making the family richer with every week. 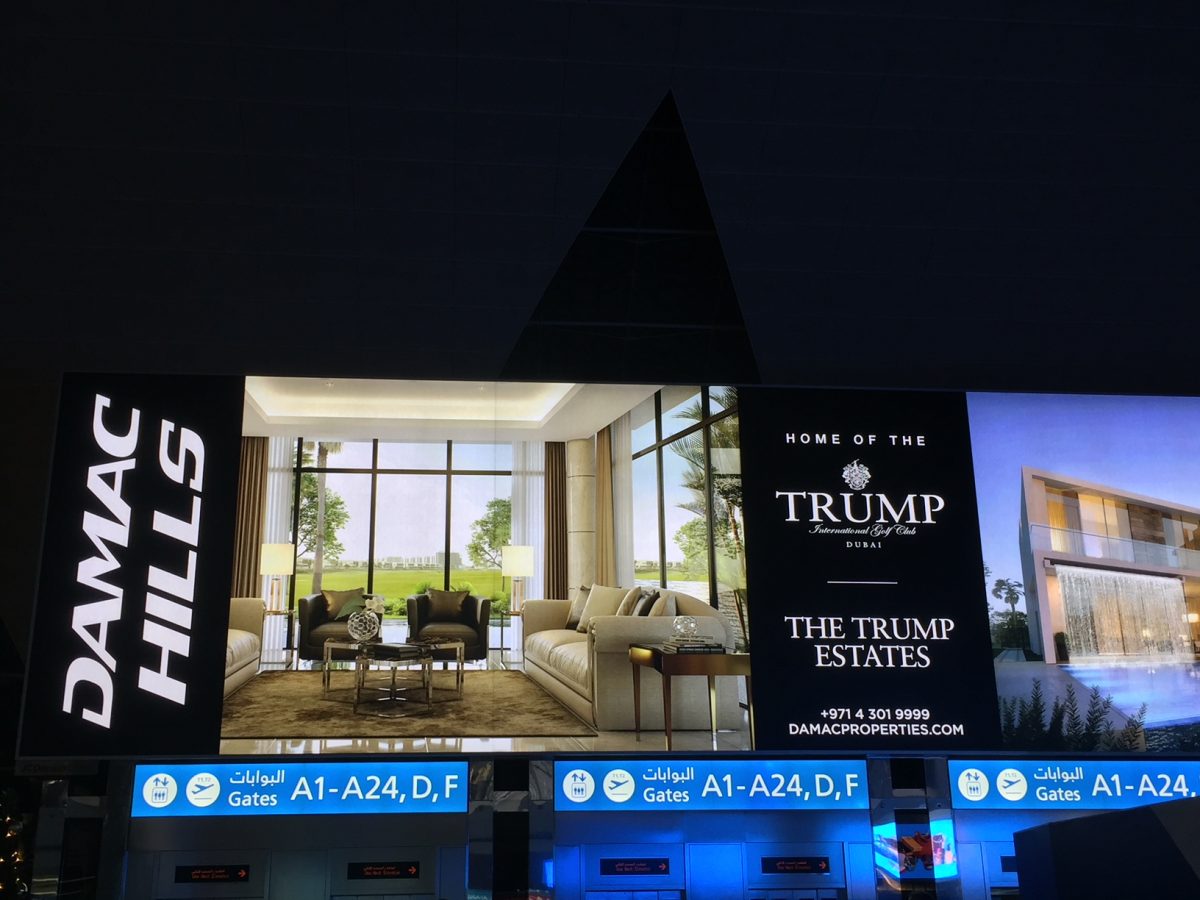