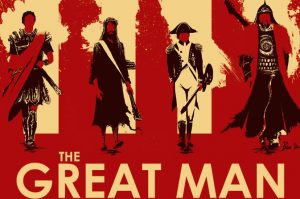 On the day Donald Trump addresses Davos, it’s worth asking if he belongs to the ‘Great Man’ theory of history.

Some little time ago, Princeton historian David Bell suggested we are unwise to focus solely on the social factors that brought Mr  Trump to power. Instead, he said, we should turn our gaze on the man himself.

The Great Man Theory of History, he wrote, depends on the “the actions of a handful of unusual individuals — history’s archetypal Great Men and Women”. It isn’t just “large-scale, long-term, impersonal forces” that cause historical change. ‘Great’ men and women do too.

This focus on the individual is an unusual stance for Mr Bell. He acknowledges that he was trained as a professional historian “to see social change developing across broad swaths of society, not emanating from particular individuals.” Partly trained in France, under the aegis of the so-called Annales school, Mr Bell described the approach to history taken by one of the school’s leaders, Fernand Braudel.

Braudel wrote a massive account of the Mediterranean, published in the 1940s. He believed that events were brief, rapid, nervous oscillations, the “froth” on the waves of time, that history took place at much greater depths and iceberg-like, was often hidden from view.

Mr Bell wrote that Braudel “taught his followers to pay attention to the deep, slow, geological, and climactic forces that, in determining the shape of the continents and patterns of global warming and cooling, ultimately shape human societies as well.”

Historical change, Braudel thought, was akin to the deep currents moving through oceans. “Mere ‘event history’ by contrast, including decisions taken by powerful individuals, he likened to the insignificant foam tossed up on the ocean’s surface,” writes Mr Bell.

Is Donald Trump’s rise the foam of history?

Not so, said Mr Bell, suggesting we look more closely at Mr Trump rather than just the forces that brought him to power. Though “most academics find it difficult to take Donald Trump seriously, unfortunately, history has suggested, time and again, that we have to distinguish between respecting people and taking them seriously.”

He may have been right about that. Whether or not you respect Mr Trump, you have to take him seriously.

Mr Bell explained his interest in Donald Trump, the Man, by acknowledging that Braudel or not, it is “hard to teach the history of 20th-century Europe without often lapsing into the heroic mode — or rather into the mode of ‘heroes and villains’.”

The character of the people who controlled states with huge destructive power became hugely significant, Mr Bell wrote. This mattered particularly “in dictatorial states. Adolf Hitler and Joseph Stalin are the most obvious examples.”

And then Mr Bell cut to the chase.

“…larger forces in no way dictated everything these monstrously willful tyrants did. Their characters, and the choices they made, mattered.”

So too with Donald Trump. As the 45th president of the United States, he will necessarily feature in the Great Man Theory of History, no matter whether his actions are great. 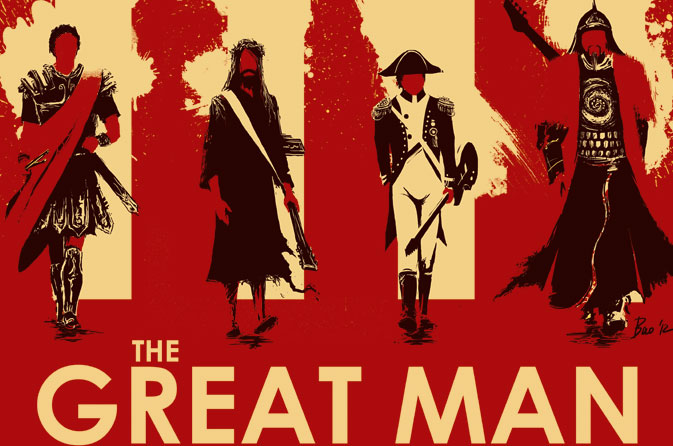