Kim Jong Un, not Donald Trump may be the greatest negotiator 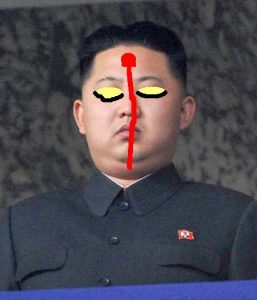 The real surprise in all that’s happening with North Korea is the diplomatic nous displayed by Kim Jong Un.

He’s only been leader six years and until he went to Beijing earlier this week, had never (so far as we know) set foot on foreign soil in his years at the helm of the Hermit Kingdom. Until he met Chinese president Xi Jingping, he hadn’t met a single foreign counterpart.

And yet, Mr Kim has been exceptionally sure-footed in picking his way through the thicket of crossed international wires and managing expectations without giving ground.

Without warning, he made a New Year’s Day gesture towards South Korea, setting off a chain of events that presumably comes at a time of his choosing.

He wooed the South by sending cheerleaders, singers and athletes to the Pyeongchang Winter Olympics and boldly invited US president Donald Trump to meet.

Consider how Chinese news agency Xinhua reported Mr Kim’s comments from Beijing. “The issue of denuclearization of the Korean Peninsula can be resolved if South Korea and the United States respond to our efforts with goodwill, create an atmosphere of peace and stability while taking progressive and synchronous measures for the realization of peace.”

Interestingly, there is no promise of actual denuclearization, the White House’s stated goal for the Korean peninsula.

Instead, there is a careful step-by-step movement towards what Mr Kim deems to be Pyongyang’s objectives. As Yang Xiyu, a leading Chinese expert on North Korea, says, Mr Kim “is starting a new game where he could make concessions on denuclearization. At most, he will cut the grass, but he will not pull out the roots.”

Whatever he does, he will probably do it diplomatically.

He seems to know the art of the deal.

It seems that Mr Trump may not be the greatest negotiator, but Mr Kim.