At the weekend, two lots of people on two continents sought to keep their heroes safe from the law.

Normally, the law is meant to keep us safe. But Lula and Salman Khan’s supporters seemed to think the law did quite the opposite and that it  oppresses those upon whom it whimsically and unfairly focusses.

So in Sao Paolo, Lula’s supporters surrounded the garage in which he had sought refuge. The crowds were trying vainly to prevent Lula from surrendering to the police.

In India, supporters of the Bollywood star Salman Khan celebrated wildly when he was released from 48 hours in prison. By some accounts, the actor may not have this particular conviction (for killing endangered blackbuck 20 years ago) complicating his life again. Too much money rides on keeping him out of prison. Salman Khan’s “bad boy” image actually makes his supporters more passionate.

For Lula though, the prognosis is not quite so good in terms of personal liberty. He has promised to appeal against (and overturn) his conviction and the 12-year sentence for corruption. But he has gone to prison (against his supporters’ will). As things stand, Lula is not able to run for October’s presidential election. That would change were he able to overturn the conviction.

As I have said before, Lula’s fall from grace is hard to accept, not just for his passionate supporters but for anyone who believed in his programme of social justice. 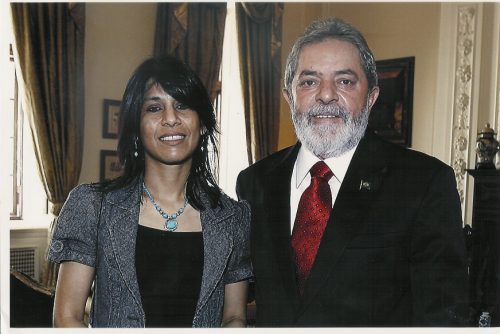 I interviewed Lula when he was president. He was truly one of the great progressive pragmatists of our time, having been responsible for big increases in the minimum wage and in social programmes in Brazil. When combined with a commodity boom, Lula’s policies lifted 30 million people out of poverty in his eight years in office.

Of Lula, Barack Obama once said: “He’s my man”.

The grief of Lula’s supporters rests on something that goes much deeper than the fascination with an actor’s celebrity.