Why are we comparing the virtues of democracy Vs epistocracy? 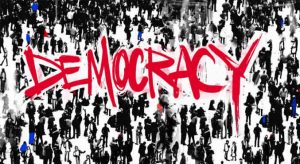 David Runciman, a politics professor at Cambridge, recently defended democracy by warning against rule by the experts, the epistocrats. (His book, ‘How Democracy Ends’, is published Thursday, May 10).

Let’s not replace politicians with experts, Professor Runciman argued. That way lies an eternity of unchangeable, possibly bad ideas. “The randomness of democracy – which remains its essential quality – protects us against getting stuck with truly bad ideas. It means that nothing will last for long, because something else will come along to disrupt it.”

The Professor mentioned, as does everyone, always, Plato’s criticisms of democracy. For, in the ‘Republic’, Plato’s main protagonist Socrates constructs an imaginary ideal state, which is ruled firmly and with truth and justice by the “guardians”.

The guardians are the crème de la crème of the state. They are specially educated to know only the very best ideas; no coarseness or falseness is allowed to touch their souls.

Socrates says in Book 3 of the ‘Republic’:

“If then we adhere to our original notion and bear in mind that our guardians, setting aside every other business, are to dedicate themselves wholly to the maintenance of freedom in the State, making this their craft, and engaging in no work which does not bear on this end, they ought not to practise or imitate anything else; if they imitate at all, they should imitate from youth upward only those characters which are suitable to their profession –the courageous, temperate, holy, free, and the like; but they should not depict or be skilful at imitating any kind of illiberality or baseness, lest from imitation they should come to be what they imitate. Did you never observe how imitations, beginning in early youth and continuing far into life, at length grow into habits and become a second nature, affecting body, voice, and mind?”

Note the word “freedom” in Socrates’ description of the guardians’ responsibilities.

Then consider Professor Runciman’s bleak suggestion that epistocracies are bad for the body politic because “ fixing power to knowledge risks creating a monster that can’t be deflected from its course, even when it goes wrong – which it will, since no one and nothing is infallible.”

Is there a chance that two different things are being discussed?

Plato does not talk about an epistocracy. The forms of government he mentions are (in declining order of excellence):

He accepts the fact that one form of government will change (or degenerate) into the other.

There is no fixity of the sort that Professor Runciman fears from an epistocratically-inclined system.

In 2018, one would’ve thought democratically-elected leaders would pick those who know to advise them. In that way, the system would bend appropriately towards justice by the people’s will.