In Old Matmata, Tunisia, they still live below the ground as for centuries

Off to Matmata, the Berber town in southern Tunisia, where some of the locals still live the way their ancestors did – underground.

Until 51 years ago, the troglodyte buildings were basically unknown to the world. No one knew they were there and once they did, the settlement of Matmata was built above-ground. But the cave-dwellers didn’t abandon their homes and continued to live below ground in the time-honoured way.

Matmata should be on the circuit of worship for Star Wars fans. The Hotel Sidi Driss, the search browser tells me, was used in 1976 and 2002. The first time was as a filming location for Star Wars Episode IV: A New Hope when it featured as the home of Luke Skywalker, his Aunt Beru Lars and Uncle Owen Lars on the planet Tatooine. The second time was in the prequel Star Wars: Episode II – Attack of the Clones. 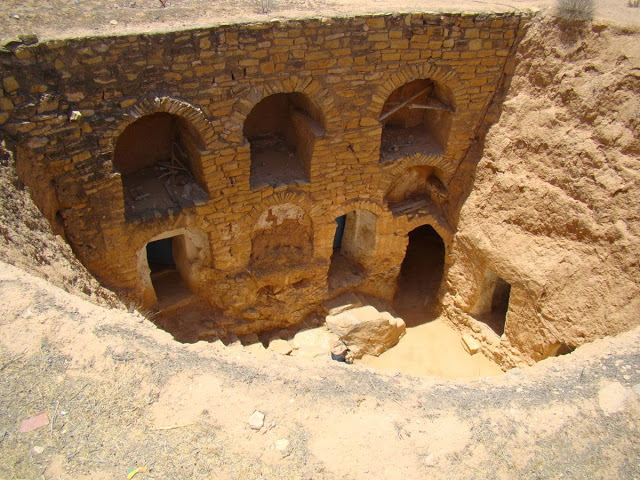