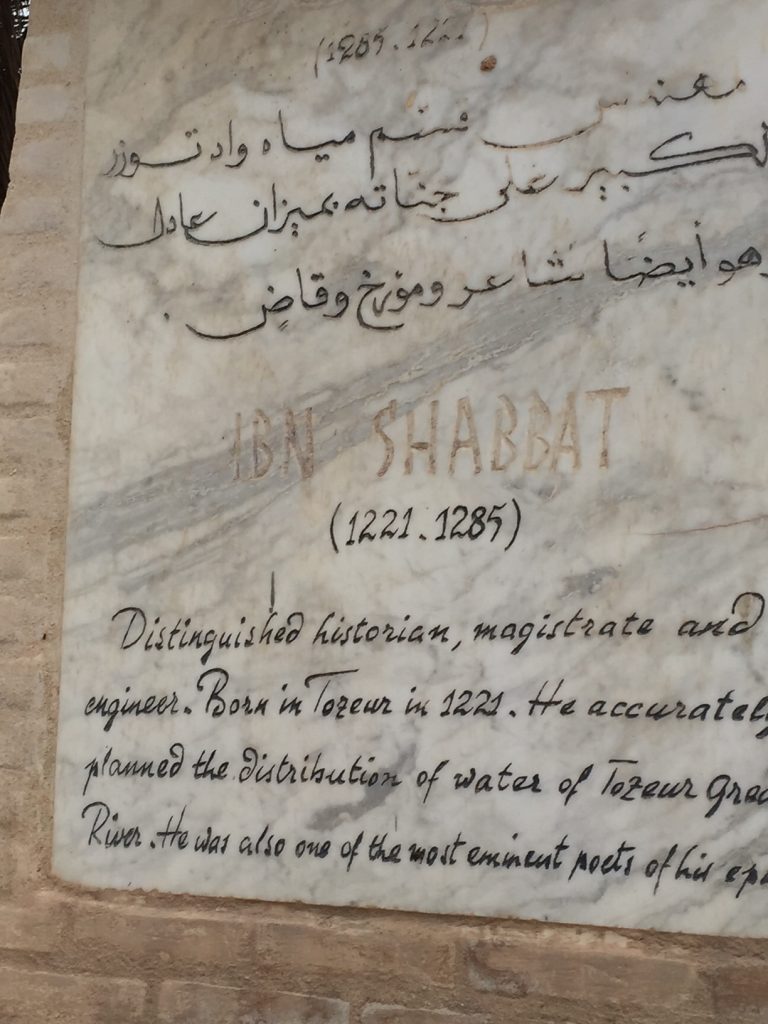 Aboul-Qacem Echebbi, the 20th century poet whose style is admired throughout the Arab world and is responsible for the current Tunisian anthem, belonged to Tozeur.

So did Ibn Chabbat, the 13th century engineer who built this oasis-city’s sophisticated, still-functioning irrigation system.

The city has commemorated both men in stone. For Echebbi, whose poetry has provided the basis for the current Tunisian anthem, there is a massive statue faintly reminiscent of Mount Rushmore except that they’ve used concrete for the face and hair. A line from one of Echebbi’s poem is emblazoned in blue on a massive arch near the medina.

As for the rest of Tozeur’s long and storied history – it was Tusuros in Roman times – there is not much to be seen from knocking around the city. I cannot speak to the impressions created by Dar Cherait, said to be one of southern Tunisia’s best museums. We weren’t able to get to it because it was the first day of Ramadan – the museum claimed on the internet to be open in the forenoon, but that was a virtual version of reality. 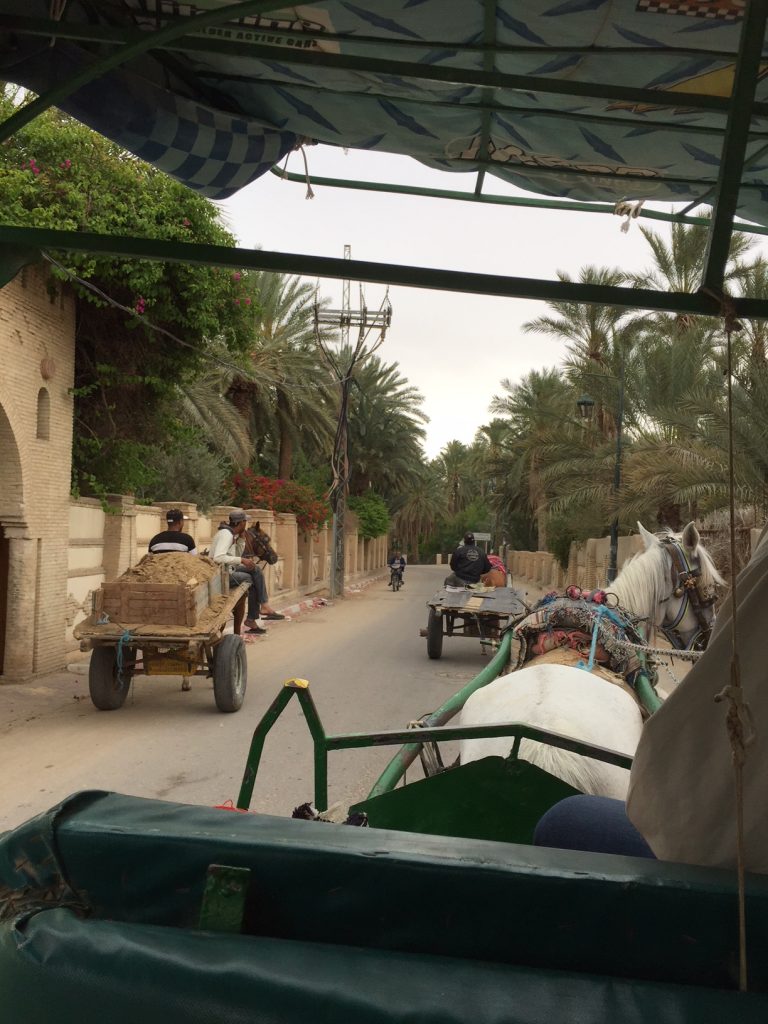 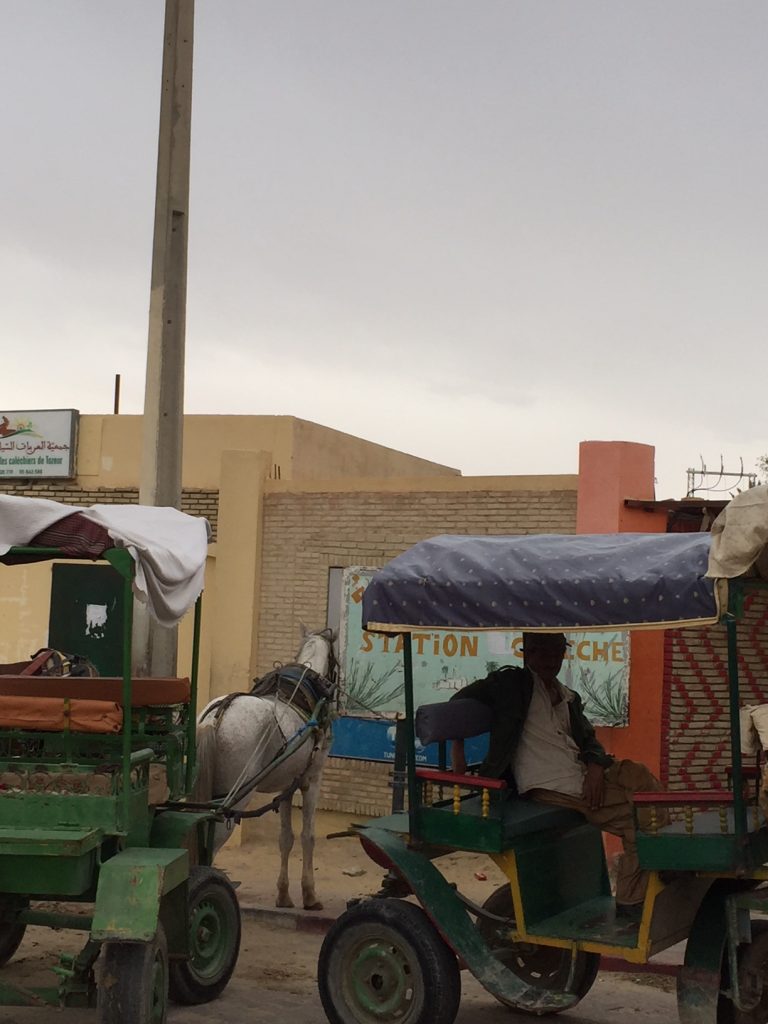 Horse-drawn carriages dart around the quiet streets – note the Station Caleche. Everywhere, there is the Jerid region’s distinctive 15th century yellow brickwork brought by the Ottomans (I also saw it in Kairouan in central Tunisia). The gates of the big houses are made of palm wood. In this date palm-growing area, palm products are used for almost everything – the leaves (or jerid) are arranged vertically to make fencing and in pottery kilns; the juice is freely drunk (it’s very good, sweet and faintly smoky. I drank about half-a-litre in 10 minutes). I even saw ceramic bowls made to look like wood and decorated with real palm fronds. 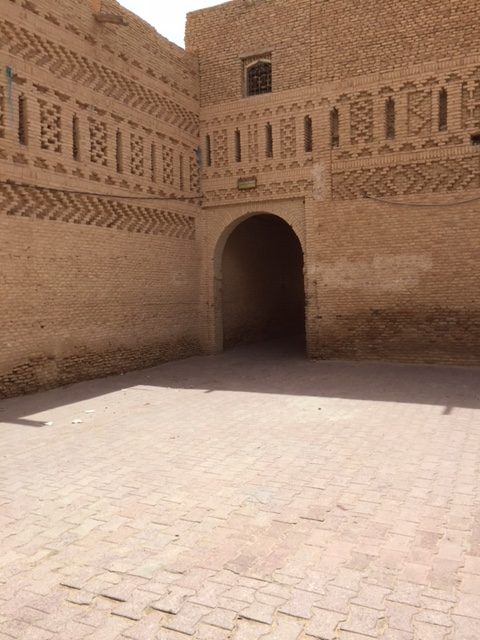 Anyway, Tozeur plays a big part in the production of Deglet Nour, the so-called “queen of all dates”. This is because of the “date palmeries” in the oasis proper, which I’ll be writing about next.