What’s Boris burqa row about? The man argues against banning it 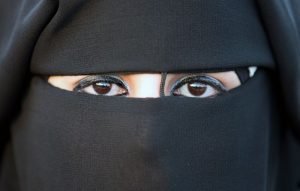 The Boris Johnson “row” over the burqa confirms one thing alone – that most people don’t read, they just babble. Having heard everyone getting all worked up about Mr Johnson’s alleged denigration of Muslim women, I’m wondering if they actually read what he wrote.

I’m no fan of Mr Johnson, his opportunistic politics and self-serving style of getting ahead. But it’s unfair to castigate him for something he hasn’t said.

If Mr Johnson has condemned the burqa it is purely in an aesthetic sense. He has defended women’s right to wear it.

In fact, the article that got everyone riled up is headlined as follows: “Denmark has got it wrong. Yes, the burka is oppressive and ridiculous but that’s still no reason to ban it”.

The reference, of course, is to Denmark’s August 1 decision to go the way of several other European countries – France, Germany, Austria, Belgium – in imposing a ban on the niqab and the burqa.

Mr Johnson writes, “I am against a total ban because it is inevitably construed – rightly or wrongly – as being intended to make some point about Islam. If you go for a total ban, you play into the hands of those who want to politicise and dramatise the so-called clash of civilisations; and you fan the flames of grievance.”

But that’s exactly what is happening now with respect to Mr Johnson’s plea that we don’t tell “a free-born adult woman what she may or may not wear, in a public place, when she is simply minding her own business.”

The irony is that people don’t seem to care about what Mr Johnson has said so much as his the fact that he doesn’t think the burqa is a great fashion choice. The focus is on his words, that the garment is liable to leave women looking “like letter boxes”.

In a free society, surely a man can have his views and express them too, just as much as a woman can go round wearing a burqa?

For those who haven’t read the Daily Telegraph article, it’s there in full below.

Denmark has got it wrong. Yes, the burka is oppressive and ridiculous – but that’s still no reason to ban it

Ah Denmark, what a country. If any society breathes the spirit of liberty, this is it.

It was only a few weeks ago that I was in Copenhagen for some international conference, and as ever I rose early and went for a run. As I passed through some yuppie zone of warehouse conversions and posh restaurants I saw to my amazement that the Danes had also got up early for exercise – and they were diving stark naked into the bracing waters of the harbour. And I thought to myself – that’s the Danes for you; that’s the spirit of Viking individualism. I mean, we have a climate warmer than Denmark; but even so, would you expect to see Brits disrobing and plunging into the waters of Canary Wharf, or even Greenwich? We are pretty easy-going, but not that easy-going.

If you wanted to visit a country that seemed on the face of it to embody the principles of JS Mill – that you should be able to do what you want provided you do no harm to others – I would advise you to head for wonderful, wonderful Copenhagen.

So I was a bit surprised to see that on August 1 the Danes joined several other European countries – France, Germany, Austria, Belgium – in imposing a ban on the niqab and the burka – those items of Muslim head-gear that obscure the female face. Already a fine of 1000 kroner – about £120 – has been imposed on a 28-year-old woman seen wearing a niqab in a shopping centre in the north eastern town of Horsholm. A scuffle broke out as someone tried to rip it off her head. There have been demonstrations, on both sides of the argument. What has happened, you may ask, to the Danish spirit of live and let live?

If you tell me that the burka is oppressive, then I am with you. If you say that it is weird and bullying to expect women to cover their faces, then I totally agree – and I would add that I can find no scriptural authority for the practice in the Koran. I would go further and say that it is absolutely ridiculous that people should choose to go around looking like letter boxes; and I thoroughly dislike any attempt by any – invariably male – government to encourage such demonstrations of “modesty”, notably the extraordinary exhortations of President Ramzan Kadyrov of Chechnya, who has told the men of his country to splat their women with paintballs if they fail to cover their heads.

If a constituent came to my MP’s surgery with her face obscured, I should feel fully entitled – like Jack Straw – to ask her to remove it so that I could talk to her properly. If a female student turned up at school or at a university lecture looking like a bank robber then ditto: those in authority should be allowed to converse openly with those that they are being asked to instruct. As for individual businesses or branches of government – they should of course be able to enforce a dress code that enables their employees to interact with customers; and that means human beings must be able to see each other’s faces and read their expressions. It’s how we work.

All that seems to me to be sensible. But such restrictions are not quite the same as telling a free-born adult woman what she may or may not wear, in a public place, when she is simply minding her own business.

I am against a total ban because it is inevitably construed – rightly or wrongly – as being intended to make some point about Islam. If you go for a total ban, you play into the hands of those who want to politicise and dramatise the so-called clash of civilisations; and you fan the flames of grievance. You risk turning people into martyrs, and you risk a general crackdown on any public symbols of religious affiliation, and you may simply make the problem worse. Like a parent confronted by a rebellious teenager determined to wear a spike through her tongue, or a bolt through her nose, you run the risk that by your heavy-handed attempt to ban what you see as a bizarre and unattractive adornment you simply stiffen resistance.

The burka and the niqab were certainly not always part of Islam. In Britain today there is only a tiny, tiny minority of women who wear these odd bits of headgear. One day, I am sure, they will go.

The Danes swim starkers in the heart of Copenhagen. If The Killing is to be believed, their female detectives wear Faroe sweaters on duty, as is their sovereign right. If Danish women really want to cover their faces, then it seems a bit extreme – all the caveats above understood – to stop them under all circumstances. I don’t propose we follow suit. A total ban is not the answer.