The similarity that I’m about to point out does not go down well-worn paths. Accordingly, this blog is not about the current Indian and American administrations’ belief in cultural nationalism, in majoritarianism, bigotry, divisive strategies of dominance, and so on. We already know all of that.

But here’s a less obvious shared characteristic of India’s Modi government and America’s Trump administration. Both like to make custard without the eggs.

By that I mean they are prepared to blank out those who should be honored and they do it for base political reasons.  They are reluctant to set political biases aside even momentarily, on occasions that should be shared national experiences.

** President Trump recently signed a defence spending bill named after Senator John McCain while refusing to mention the name of the fatally ill Republican politician who has opposed Mr Trump’s vulgarity and racism.

To understand how small-minded and nationally-debilitating both of the above actions are, let’s consider the details.

How do you deal with a law named after someone without mentioning the man and his achievements and why United States legislation should bear his name?

The legislation has been named after Senator McCain in order to honor a man who is seen to have long served his country and is now dying of brain cancer. But Mr McCain has never flattered Mr Trump; in fact he has been excoriating about him.

One might have thought that Mr Trump could rise above his own petty attachment to himself and mark the contributions of his critic. But he did not. And probably never will.

As for India, Prime Minister Modi used his fifth Independence Day opportunity to deliver a speech from the ramparts of the Red Fort and adopted a lofty and statesmanlike tone. But how was it that his finance minister, Arun Jaitley, dared put out the following truncated idea of Independence Day? Mr Jaitley’s Twitter greeting had a visual of several leaders of India’s long struggle for freedom, except for the Nehru family!

But Jawaharlal Nehru was a leading freedom fighter, close to Mahatma Gandhi, and went on to become independent India’s first prime minister.

How do you erase Jawaharlal Nehru from India’s independence struggle?

One might have hoped for more honesty (and charity and graciousness) from India’s governing BJP, for all its past and present problems with the Nehru-Gandhis and with the Congress Party they have dominated for seven decades. But the BJP doesn’t have it in them. And probably never will.

In the process, these two administrations entrench political divides, much bitterness, and somehow, make these two giant countries that much smaller. 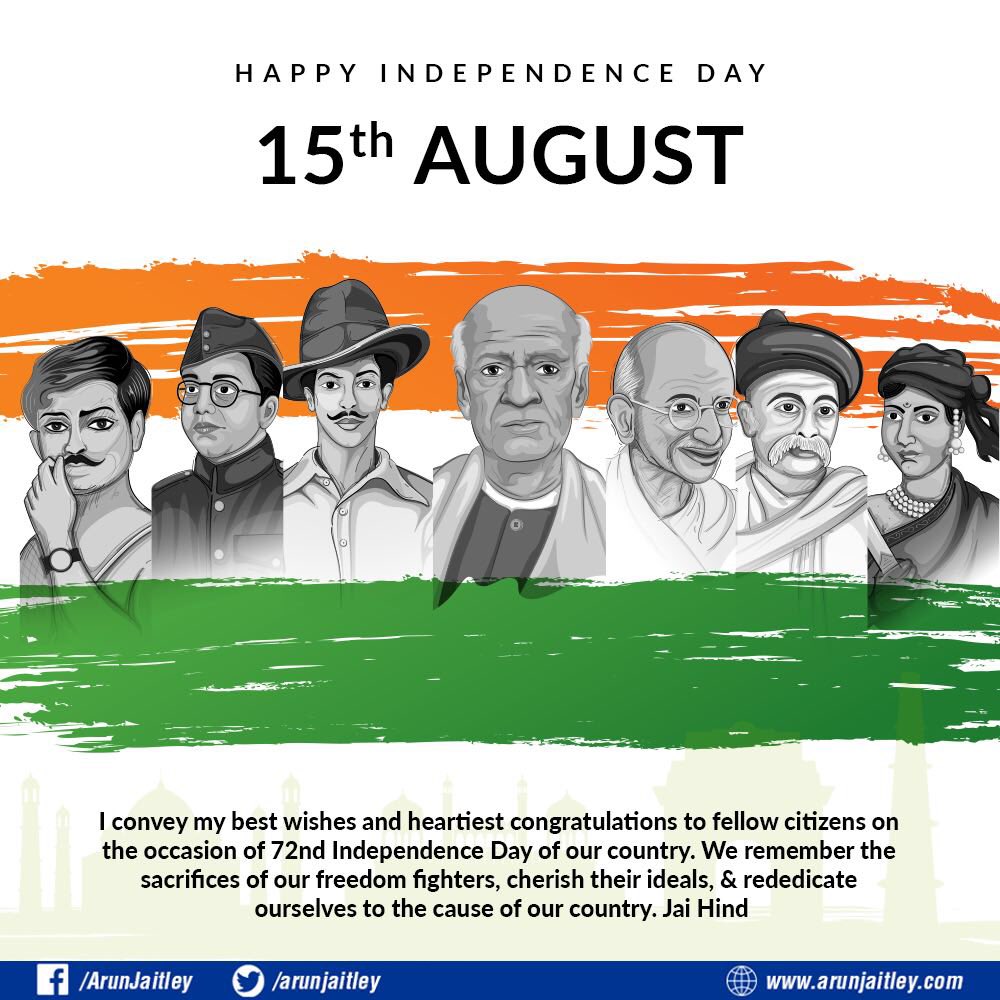