What’s the message of US sending Zalmay Khalilzad back to Afghanistan? 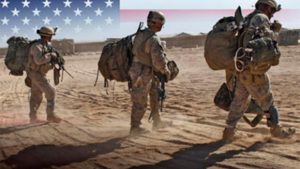 US Secretary of State Mike Pompeo is yet to formally appoint Zalmay Khalilzad, an Afghan-born former US ambassador to Kabul and Baghdad, as his special envoy on Afghanistan. But if he does so, it’s clear it’s sending something of a message to the region. The Trump administration is not impressed by Pakistan’s new, hunk-led government and it doesn’t care if they realise it.

Donald Trump doesn’t care that Pakistan’s new prime minister, Imran Khan, is supremely telegenic, in fact, exactly the sort of person who would have been great on ‘Celebrity Apprentice’. Perhaps he may even be jealous.

For, Mr Khalilzad is virulent about Pakistan. A year ago, in a public plea for the new job of envoy to Afghanistan, Mr Khalilzad wrote the following:

“Unlike his two predecessors in the Oval Office, Mr Trump has chosen to address the fact that Pakistan has been playing a double game. He unequivocally called out Pakistan for pretending to be a partner and receiving large-scale American assistance while providing sanctuary and support for the Taliban and the Haqqani terrorist network, which have been killing Americans and Afghans. Mr. Trump’s announcement of a change in American policy implies that the United States will end its support and assistance for Pakistan.”

Mr Khalilzad also made this transparent appeal for his forthcoming appointment:

“The president could put the United States ambassador in Kabul or the NATO commander in charge, but the best approach would be to appoint a presidential envoy.”

Anyway, Mr Khalilzad’s return to the Afghan theatre is not likely to sort much out, for all the Trump administration pretence of seriousness about bringing peace.

Mr Khalilzad, born in Mazar-i-Sharif, has an ethnic presumption of knowledge about Afghanistan. Having served in various US government positions, he displays the arrogance of his good fortune. It’s not a good  combination.

When he was last in Afghanistan as US ambassador, Mr Khalilzad was said to display some of the qualities of a Roman consul. That was then, when the US really did bestride the globe like a colossus. What happens now, when its prestige is a bit less and for all the Trump administration’s bullying behaviour, it can’t really push everyone around? In fact, the Taliban are soon to send senior members to Russia for peace talks on Afghanistan.

The US is not the only player in Afghanistan. Will Mr Khalizad recognize that?