As for Uighurs, China says it’s fighting the war on terror that the West lost

If you thought the Uighur issue had Beijing on the back foot, think again. It’s responding in a creative way to reports of around one million Uighur Muslims detained in mass detention camps in Xinjiang.

Reuters news agency reports the following remarks from Li Xiaojun, director for publicity at the Bureau of Human Rights Affairs of the State Council Information Office:

** “It is not mistreatment. What China is doing is to establish professional training centers, educational centers.”

** “If you do not say it’s the best way, maybe it’s the necessary way to deal with Islamic or religious extremism, because the West has failed in doing so, in dealing with religious Islamic extremism.”

** “Look at Belgium, look at Paris, look at some other European countries. You have failed.”

** “As to surveillance, China is learning from the UK. Your per capita CCTV is much higher than that for China’s Xinjiang Autonomous Region.”

Clearly, China is fighting the so-called war on terror that the West supposedly lost. In light of Donald Trump and some European leaders’ demonization of Muslims, there isn’t much credible criticism to be had from anyone.

It has come to this. 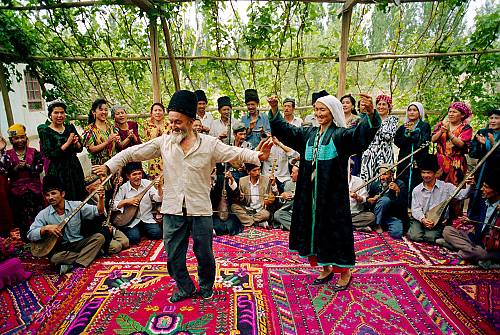