Is there a sensible way forward on Saudi? Yes, but Trump may not go along 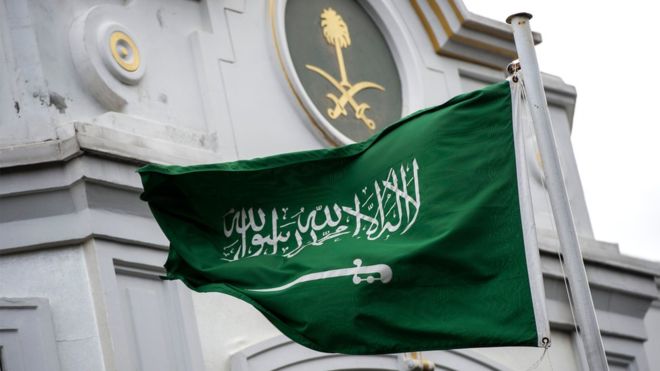 One of the most sensible commentaries on the way forward with Saudi Arabia comes from Neil Quilliam (@NeilQuilliam1), who is senior research fellow on Chatham House’s Middle East and North Africa Programme.

Dr Quilliam makes a plea for realism. On the part of Saudi Arabia just as much as the West.

Riyadh has to know that it can’t simply grunt and growl menacingly when it is asked legitimate questions. It cannot just threaten retaliation to potential sanctions. It cannot blandly declare it will take arms purchases elsewhere unless it is allowed to be a law unto itself.

Dr Quilliam points out, “Saudi Arabia cannot simply switch arms suppliers and turn to Russia or China.” This is in reference to Donald Trump’s suggestion the kingdom will do just that. A similar veiled threat was made in an Al-Arabiya column by well-networked Saudi commentator Turki Al Dhakheel.

“That is a fallacy,” writes Dr Quilliam, “not only would it take years to transition to new military operating systems, but Russia and China’s close relations with Iran would pose an immediate challenge. Buying additional pieces of military kit is very different from swapping security umbrellas.”

Along with Saudi realism, the West too must acknowledge the facts of its relationship with the kingdom. The West must work with the recognition it is engaged with Saudi Arabia “in a long-term association that has tied together their common security, economic and trade interests as well as, arguably, a common pursuit for stability in the Middle East,” Dr Quilliam writes.

The US and its allies “cannot simply disengage and stop providing support to Saudi Arabia – defence sales are long-term, complex investments that cannot be turned off like a switch.”

That said, Dr Quilliam also urges everyone concerned – the Saudis just as much as the West – to recognize that something has to change after the death of Jamal Khashoggi.

Late on Friday, Saudi Arabia’s public prosecutor said that an investigation had found that an argument broke out between Mr. Khashoggi and men who met him inside the Saudi Consulate in Istanbul on Oct. 2, leading to “a fistfight that led to his death.”

Whatever that means, Mr Khashoggi is dead. On the soil of his own country’s diplomatic mission in a foreign country.

Accordingly, Dr Quilliam’s suggestion the relationship between Saudi Arabia and the West be recalibrated makes a lot of sense. He writes about setting terms that “place a constraint upon the adventurism of MBS,” Crown Prince of Saudi Arabia and the kingdom’s de facto ruler.

Additionally, he suggests a wishlist of measures the kingdom must pursue in order to advance reforms, restore lost confidence among international investors and help to stabilize the region.

These are all prudent ideas. The only part Dr Quilliam doesn’t address is President Trump’s role in MBS’s brazenness and determination to position Saudi Arabia as a country that recognizes no law and no restraint on its behaviour.

Mr Trump has consistently backed the Saudis and encouraged its belligerence. (When the Lebanese prime minister was held hostage in Riyadh, for instance, the Trump administration just didn’t seem to care.) Without the US president’s buy-in, the West just doesn’t have the clout it might have.

As president of the world’s only superpower, Mr Trump holds almost all the cards. He hasn’t played them yet and shows little inclination to do so. In the circumstances, Dr Quilliam’s eminently sensible suggestions are unfortunately likely to go unregarded, just as the more intemperate counsel offered by other commentators. Ignoring the latter is a blessing. Ignoring the former is a recipe for disaster.