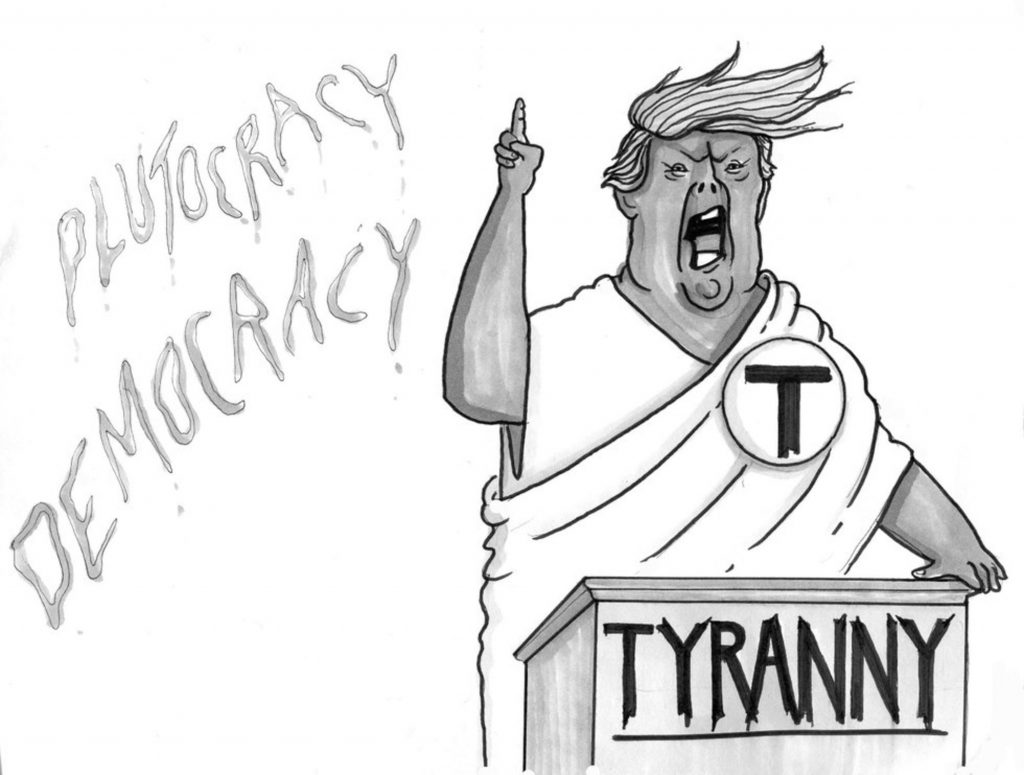 It’s become a familiar dirge: democracy is in decline and strongmen are on the rise.

The second part of that statement is true but what of the first?

I don’t think democracy is in decline – yet. If people, in Brazil, vote for something or someone, that’s democracy, a democratic exercise in choice. They may not have voted for an individual with liberal democratic values but it was still democracy.

If and when Jair Bolsonaro is able to disrupt democracy – hound the opposition, harass, imprison or exile; call the army out to maintain control; postpone or cancel elections citing a national emergency – then Brazil will no longer be a democracy. It will be back to what it was before 1985, albeit in a different avatar. It won’t have a military dictatorship but an elected civilian strongman in charge, supported by the military.

It will be Recep Tayyip Erdogan’s Turkey, where the strongman has all of the above, but his power doesn’t rest on army support.

Anyway, my point is that Brazil, Turkey, Hungary, the United States do not spell a decline in democracy – yet  – but a decline in liberal values among people. At the very least, they indicate that people regard their other concerns – anger with misgovernance, corruption etc – as more important than  liberal values. How else to explain Brazilian voters’ decision to elect a man known for praising his country’s former military dictatorship, insulting minorities and women, and for promising strong-fisted rule?

As Max Fisher has pointed out in The New York Times, there is some research to suggest the wave of populist victories “exemplifies weaknesses and tensions inherent to liberal democracy itself”. In times of stress, “voters tend to reject that system in all but name and follow their most basic human instincts toward older styles of government: majoritarian, strong-fisted, us-versus-them rule.”

Mr Fisher quotes Jay Ulfelder, a political scientist, to say: “Most attempts at democracy end in a return to authoritarian rule”.

But that’s what Plato said back in the 4th century BC. 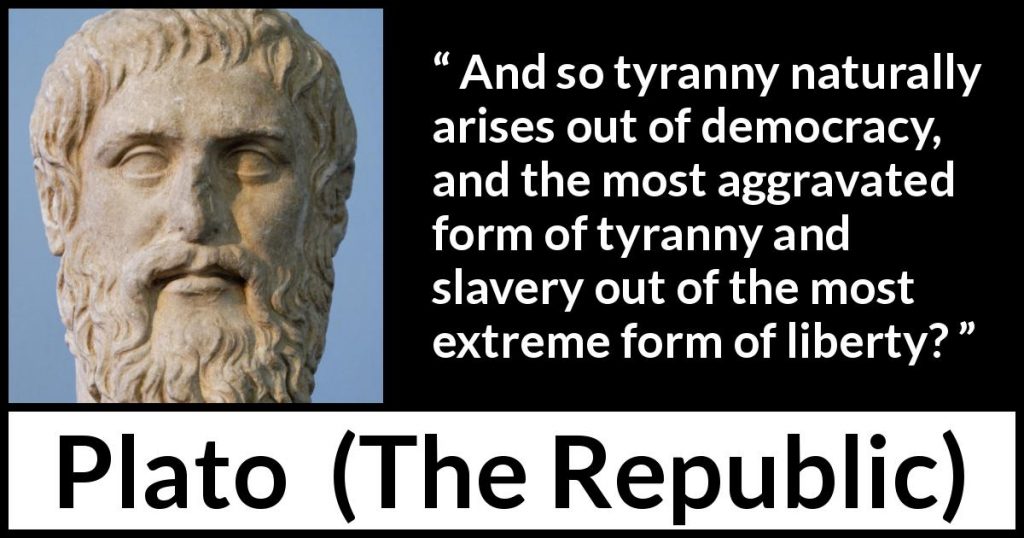 In Book VIII of the Republic, Plato’s Socrates says:

“…the four governments of which I spoke, so far as they have distinct names, are, first, those of Crete and Sparta, which are generally applauded; what is termed oligarchy comes next; this is not equally approved, and is a form of government which teems with evils: thirdly, democracy, which naturally follows oligarchy, although very different: and lastly comes tyranny, great and famous, which differs from them all, and is the fourth and worst disorder of a State.”

The discussion continues as follows:

“Say then, my friend, in what manner does tyranny arise? –that it has a democratic origin is evident.
Clearly.
And does not tyranny spring from democracy in the same manner as democracy from oligarchy –I mean, after a sort?”

Socrates notes that “the insatiable desire [for freedom] of this and the neglect of other things introduces the change in democracy, which occasions a demand for tyranny.”

This because “When a democracy which is thirsting for freedom has evil cupbearers presiding over the feast, and has drunk too deeply of the strong wine of freedom, then, unless her rulers are very amenable and give a plentiful draught, she calls them to account and punishes them, and says that they are cursed oligarchs.” 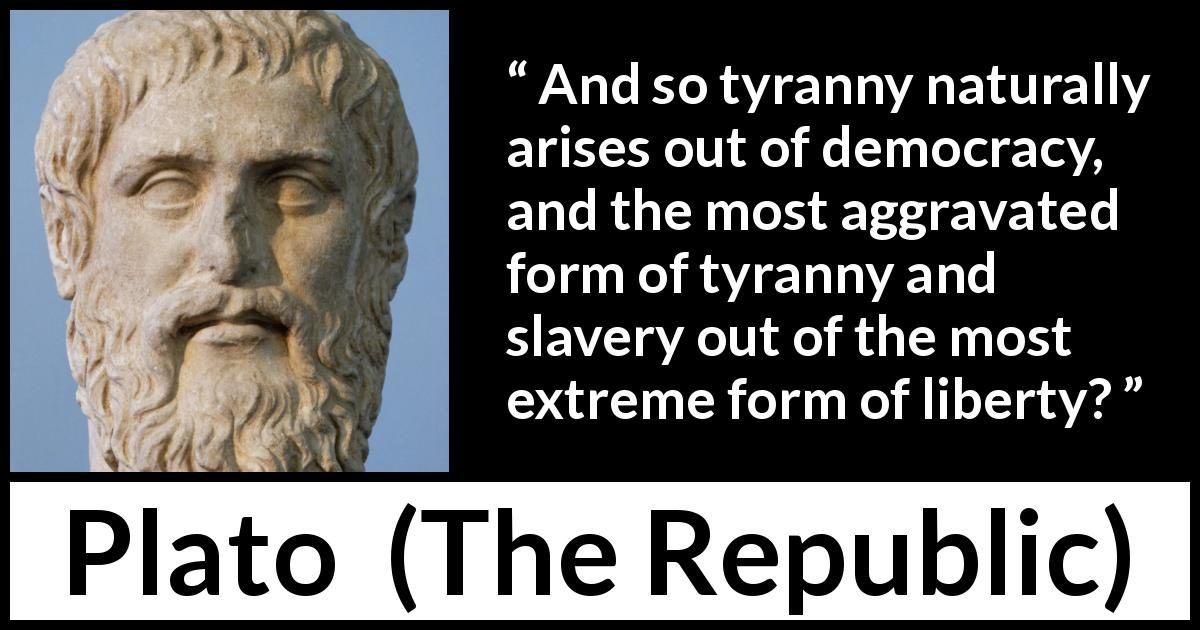