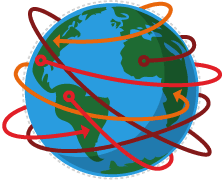 In 2005, economics professor Joseph Stiglitz wrote a book titled ‘Globalization and Its Discontents’. It sought to explain developing countries’ pique with respect to globalization.

That was relatively easy to understand. The developing world believed that global trade agreements were weighted in favour of the rich, that the system was not fair, that merit didn’t win.

Today, Mr Stiglitz is explaining something far more complex. The rich world’s rising howl of fury over globalization, Donald Trump’s rousing cry that it’s all “rigged” against the US, the richest country on the planet.

“How can a trade agreement be unfair to all parties?” asks Professor Stiglitz.

Especially, when “the US basically wrote the rules and created the institutions of globalization.” And when it has a veto power in institutions such as the International Monetary Fund?

The Professor expresses astonishment citing his own experience watching “trade negotiations closely for more than a quarter-century”. US trade negotiators, he says, pretty much, got most of what they wanted. Unfortunately, it was an agenda that benefited big business, “at the expense of workers and ordinary citizens everywhere.”

This is why wages have fallen, jobs disappeared, workers’ bargaining power weakened and discontent is rising. (The basics are unchanged  even now, when the US economy seems to be doing better, at the tail end of a long recovery.)

The answer, he says, is the Nordic approach.

Social protection without protectionism takes care of workers without closing borders and ensuring that globalisation’s benefits were shared as much as possible.

Professor Stiglitz makes a key point: “American capitalism in recent years has been marked by unbridled greed” but there are some countries where a market economy has tempered “the excesses of both capitalism and globalization”.