Wave theory: The US did experience undulatory movement & it was blue 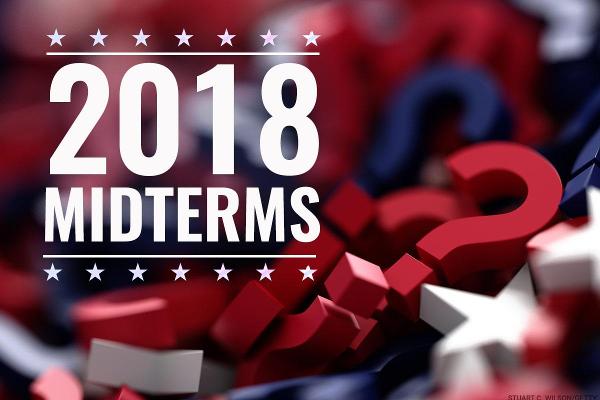 Josh Chafetz, Cornell law professor, summed it up in a tweet on Wednesday, November 7: “Why is the developing narrative that ‘welp, it wasn’t a blue wave after all!’?”

A  ‘wave’ election is one in which a political party makes major gains and for the United States, it means more than 20 seats in either or both Houses of Congress.

In the midterm elections of November 6, the Democrats picked up at least 28 seats in the House of Representatives (and lost 2 in the Senate). The party won Republican-held seats in Colorado, Florida, Kansas, Minnesota, New York, Pennsylvania and Virginia.  Kendra Horn won a stunning upset over the Republican Steve Russell in Oklahoma. In the governor’s races, Democrats gained seven new seats, wrestled Florida to less than a percentage point of defeat and ensured the Georgia was too close to call well into Wednesday. In Texas for god’s sakes, Beto O’Rourke ran the Republican incumbent senator to a single-digit percentage margin of defeat.

That’s pretty wavy. Of course, Mr O’Rourke and Florida’s Andrew Gillum did lose their marquee races and Georgia is probably not going to be a win either. And two female senators in red states won by Mr Trump in 2016 – Heidi Heitkamp in North Dakota and Claire McCaskill in Missouri – lost to their Republican challengers.

Retaining the Senate, where the electoral map favoured Republicans this year (only 9 Republican senators had to defend their seats) allowed Donald Trump to declare victory. “Tremendous success tonight,” he tweeted, going on later to refer to himself in the third person as someone who had “magic”. That allowed the narrative of a no-wave to build and sweep everyone along, including in the early hours of November 7, my old employer, the BBC.

Mr Trump’s endorsement was described as magical and transformative and in some cases, it was.

That said, here’s Brookings’ assessment of the Trump effect on the 75 candidates he endorsed for the midterms: just 21 or 28 per cent won.