#Brexit is pushing London home prices down but what of our builder’s dreams? 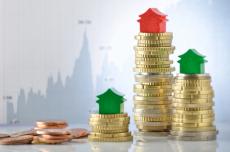 Our builder, a relatively young, incredibly hardworking man who got married but recently, was worried. He wanted to find a house to buy so that he could move out from his parents’ busy house.Everyone lives there –  the old folks, their two married sons, one of whom had  a new baby, and the youngest unmarried son.

The builder’s requirements were relatively simple. He wanted something cheap enough to get a mortgage but there was nothing, he told me, below £300,000. Not even if you went as far as Dartford, Kent, thereby leaving the pricey parameters of London postcodes.

As new data shows, house prices across London have fallen in the past year because of the Brexit effect. Not too long ago, one of Britain’s biggest real estate agencies released rather dispiriting information. Your Move said that across the capital average prices were down 2.6% over the year, and had been falling for months at a time. “This is the steepest annual rate of decline in London prices since August 2009, during the last housing slump, which was itself associated with the banking credit crisis of 2008-09,” it said.

At one point, I advised the builder to wait for #Brexit Britain’s property market to start the inevitable downward slide. As proof I showed him a Bloomberg piece that suggested this might be very good strategy.

London home values, especially in the most expensive boroughs of Kensington and Chelsea, are falling, that report said. Add to that the fact that home prices grew at their slowest annual rate – just 0.1 per cent – in almost five years. Odd though it may sound the least expensive 11 boroughs recorded a 0.4 per cent increase.

What’s the betting that the world’s Richie-Riches, those who came to live and work in London because of its status as a financial centre, a European hub and a creative core, are slowly edging away?

Those are the Kensington and Chelsea luvvies and declining demand on their part would probably cool the overheated market in expensive homes.

As it turned out, nothing seemed to matter, one way or the other.

PS: The builder is moving to his new house this month.