The ‘Trump of the Tropics’ takes office & his guru spouts off. Happy New Year

Tomorrow, January 1, the ‘Trump of the Tropics’ takes office as president of Brazil. Much has been written about Jair Bolsonaro, but there’s probably nothing so revealing as Brian Winter’s interview with Mr Bolsonaro’s intellectual guru. Click here to read it, but if you don’t, just skim through the next few paragraphs. You’ll get the idea.

Mr Winter, editor-in-chief of Americas Quarterly magazine, visited Olavo de Carvalho in his “modest house” in Virginia. There, he was invited by Mr Carvalho to share a glass of Grand Muriel orange liqueur (“at 1:30 p.m. on a Monday”), was shown his collection of rifles, and heard of his love for the United States, especially “rednecks…the best people in the world.”

Mr Carvalho, we learn from Mr Winter’s piece, is 71, has not lived in Brazil for 13 years, and has had many twists and turns in his career, having been “a professional astrologer, a newspaper columnist, a teacher of philosophy and… a communist militant in the 1960s”. He is currently a writer of books, newspaper columns and speeches on politics and philosophy and has a social media following of more than 500,000, which includes Mr Bolsonaro. His YouTube channel is very popular. Brazil’s new president seems to especially like Mr Carvalho’s book titled ‘The Minimum You Need to Know to Not Be an Idiot’. [Incidentally, it sold 350,000 copies in Brazil.]

From Mr Winter’s interview, it’s clear Mr Carvalho’s ideology is as follows – in favour of individual liberties, economic liberalism, Christianity and conservative social mores and fervently against globalism, Islam, communists and the leftist sphere altogether. “Thousands and thousands of Islamic agents are coming in through the Amazon,” he told Mr Winter, warning of an “Islamic plan for world domination” because “they’ve been globalists for 14 centuries.” Brazil should favour US investment “because it’s a Christian people, a benevolent people.” He decries the Chinese “strategic agenda” and claims Beijing is helping “communists [to] penetrat[e] Latin America today with incredible force.”

As a guide to understanding Mr Carvalho, Mr Winter says  his views would be “familiar to anyone who has ever watched Fox News”.

There are some interesting quotes in the piece. Mr Carvalho struts, proud as a peacock about his influence on Brazil’s new president. And he is casual,  dismissive and rather arrogant in his rejection of egalitarian values.

For instance, after Mr Bolsonaro named as his foreign minister Ernesto Araújo, an obscure career diplomat recommended by Mr Carvalho, the guru from Virginia was ecstatic. Mr Araújo’s personal blog described climate change as a Marxist conspiracy, and lamented the “criminalisation” of heterosexual intercourse, oil and red meat and Mr Carvalho told Mr Winter he was impressed. “ started reading (the blog) and I said – ‘This guy is a genius! He has to be foreign minister! He understands the risk from globalism is real … he’s a Christian, and he’ll do the best he can.”

And Mr Carvalho is pleased, almost triumphant about Mr Bolsonaro’s deference towards him: “Look, I think the person he listens to most is me.”

However, his view of Mr Bolsonaro seems limited to modest appreciation of the president’s good judgement in picking Mr Carvalho as his guru.

“Even if he has a shit government, he won’t steal. That struck me as a sufficient virtue,” he told Mr Winter. He added that Mr Bolsonaro “doesn’t speak well” and “doesn’t have a single economic idea in his head,” but that he – Mr Carvalho – appreciated his tough stance on crime. Only a “true war” on drug gangs, he said, could fix a country with more than 63,000 homicides a year. And he suggested state-sponsored murder of the left would have been in Brazil’s interest, although he later claimed that was an “ironic” statement.

What does it say when Brazil’s new strongman has a guru with especially tough views? It will be an interesting few years. 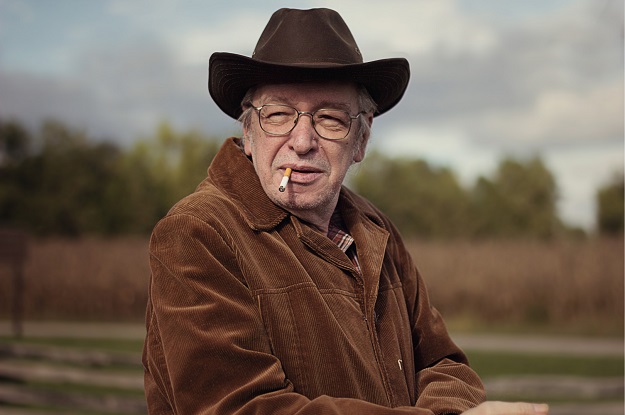