It’s funny (in a profoundly sad way) how little the world is talking about the new constitutional amendments in Egypt.

While Donald Trump’s America is apoplectic about the democratic deficit in Venezuela and Iran, state capture, as South Africans called it in a different context, is underway in Egypt.

The military is restored as Egypt’s ultimate authority and President Abel Fattah El Sisi can stay in power until 2034. (Who knows what happens after that?)

As of this week, the Tahrir Square protests are as nothing. Egypt is back to where it was, possibly even worse because it’s now in the unpleasant situation of having had a taste of democracy before returning to more restricted options.  From flawed fledgling democracy, it has lapsed back into dictatorial rule.

The breadth and scope of what is underway in Egypt is being ignored by the wider world, even as Mr El Sisi seeks to out-Trump Mr Trump with his dishonesty. Back in November 2017, Mr El Sisi had promised: “We will not interfere with (the constitution) … I am with preserving two four-year terms”.

Barely 15 months later, the Egyptian constitution has been amended in a way that helps Mr El Sisi – he can enjoy two more terms in office, each of which would last six rather than four years. The changes help Mr El Sisi but seem to have little else to recommend them otherwise.

How does it help to have the Egyptian  military become “guardian of the state” and give the president a longer term? How does it help to keep Mr El Sisi in power, seemingly long enough for a generation of diaper-clad babies to be thinking of marriage?

As Transparency International puts it, “a long presidency is not in itself a recipe for corrupt rule. However, the lack of oversight and checks on presidential power in Egypt, and the absence of free and fair elections, greatly increases the risk of these amendments resulting in state capture and kleptocracy.”

Yup. That’s about the size of it.

But not a peep from the US or anywhere else really. 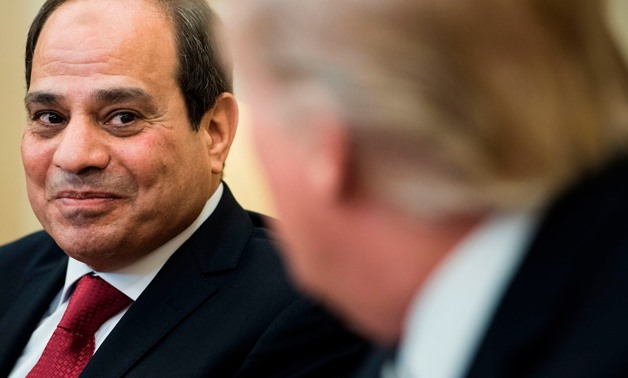