Why not just say the ‘African country XX’ rather than ‘sub-Saharan’?

The other day I Googled the phrase “sub-Saharan Africa” as it appeared in the news and came up with this:

** lots of references to the Black Death possibly having struck the region, ** and the need to establish “science campaigns” there.

Clearly, the sub-Saharan Africa of the news cycle was the sort of place where life was nasty, brutish and short.

Is sub-Saharan Africa benighted by a common reality?

Well, there are a lot of disparities among the countries south of the Sahara but they are united by one fact: the phrase “sub-Saharan Africa” is often used as a value judgement, shorthand for an unenviable state of being. With the UN Development Program listing 46 of Africa’s 54 countries as “sub-Saharan,” the categorisation seems to mean a great deal more than geography. It really means poverty, corruption and mismanagement. It means a place one leaves, hopefully forever.

Despite all that’s happening in sub-Saharan Africa at the moment – think the AfroChampions Initiative and think Samba Bathily’s clean-energy-focussed Africa Development Solutions – the phrase continues to diss much of the continent.

In fact, as the World Bank recently noted, sub-Saharan Africa as a region had the most reforms in favour of women’s rights in the last 10 years. There were 71 different laws passed in the last decade that allowed women to start jobs and provided recourse from workplace harassment and domestic violence.

And yet ‘sub-Saharan Africa’ is a euphemism for hell on earth.

The Economist frankly put it as follows, in a recent piece that asked ‘What is sub-Saharan Africa?’: “Clearly, ‘sub-Saharan Africa’ is not just about physical geography, but has a cultural element too. Outsiders have often regarded the region with a mixture of ignorance, fantasy and racism.”

In fact this is pretty well understood by the fact that in the 1960s and 1970s, the World Bank counted white-ruled South Africa  with the Middle East and North Africa. But in the late 1990s, when apartheid had ended and a black majority government was in charge, South Africa was placed in the sub-Saharan category.

The Economist recounted the above example of bias, which should, by rights, have prompted a re-assessment of the utility and value of ‘sub-Saharan Africa’ as a phrase.

But somewhat astonishingly, it still went on to declare: “So ‘sub-Saharan Africa’ will continue to appear, including in the pages of The Economist. Even if it is a little fuzzy around the edges.” 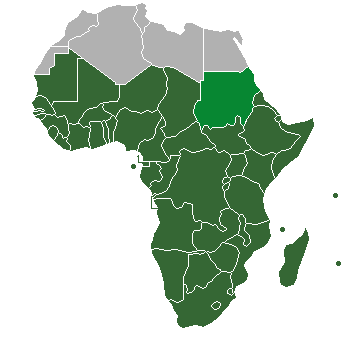