Trump & Trump of the Tropics: Maliciousness towards minorities and misogyny are a limited bond 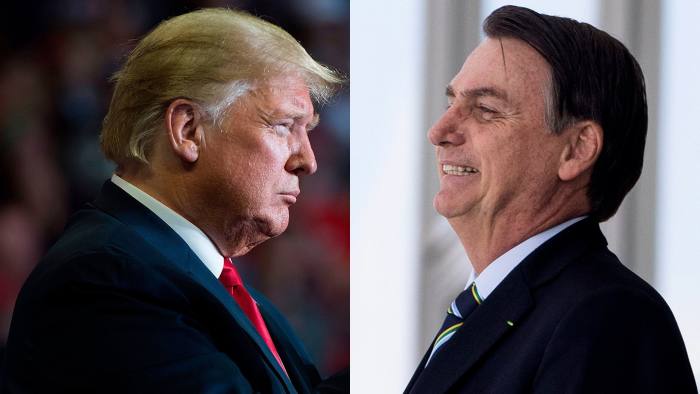 The whole thing was watched carefully, as a meeting of minds between two men with a taste for incendiary tweets, nationalist rhetoric and reactionary policies on crime and social issues.

They also share a loathing of Nicolás Maduro’s regime in Venezuela, and a new visa regime – no requirements for American tourists to Brazil – was announced.

Trump’s America isn’t going to do a great deal to boost economic relations with Brazil (bilateral trade is just $100bn a year, a sixth of that between America and Mexico).

Clearly, anti-globalism, a malicious attitude towards minorities and misogyny serve as no more than a limited bond.