Novacene. Is a new era of super-clever machines about to begin? 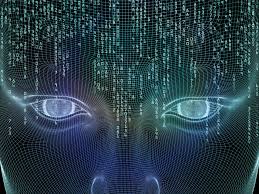 On the Fourth of July, James Lovelock, eminent scientist, inventor and formulator of the Gaia hypothesis, published a new book. It’s titled Novacene and looks ahead to the end of the “anthropocene” era. Humans, Mr Lovelock, suggests, will be overtaken in cleverness by their computer progeny and the “novacene” era will begin. The “cyborgs”, as Mr Lovelock calls them, but will think 10,000 times faster than we do. In relation to us, they will stand just like Farmer Giles looking at his field of corn. (Ie., the cyborgs will be Farmer Giles and we will be the corn.)

It is a startling forecast but Mr Lovelock, who turns a hundred this month, seems rather sanguine about it. Much more so certainly than Elon Musk, inventor and CEO of Tesla and SpaceX. Not too long ago, Mr Musk elaborated on the dangerous possibilities offered by artificial intelligence. He didn’t use the following terms – they are mine – but was graphic enough, as we shall see below:

Let me explain. This is what Mr Musk said about each of the above:

Machine Murderers: “You could make a swarm of assassin drones for very little money. By just taking the face ID chip that’s used in cell phones, and having a small explosive charge and a standard drone, and just have it do a grid sweep of the building until they find the person they’re looking for, ram into them and explode. You could do that right now. … No new technology is needed.”

Uber indoctrinators: AI can create “incredibly effective propaganda … influence the direction of society. Influence elections” because it can hone a message by watching online feedback and reacting to news, then making the message “slightly better within milliseconds.”