Rebuilding Syria, one luxury hotel at a time 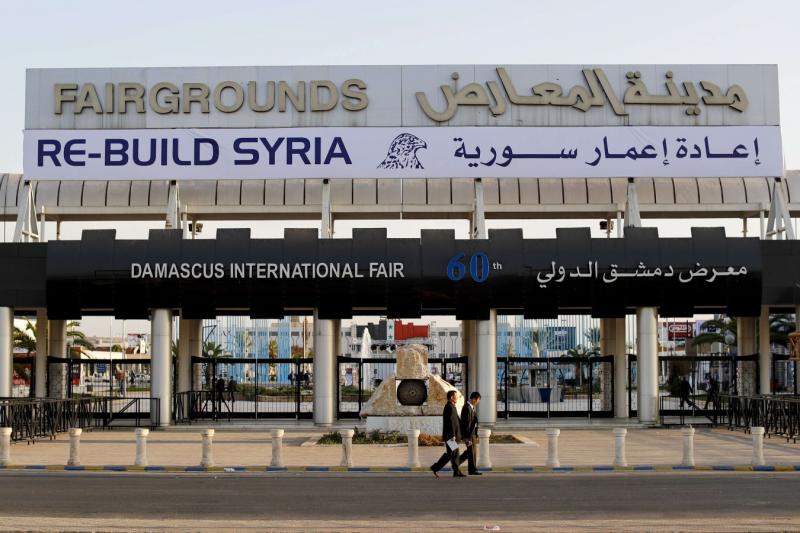 The state of Syria is piteous after nearly a decade of conflict. An estimated 500,000 are dead; 12 million are internally or externally displaced.

So, how about that busman’s holiday to Damascus? As of next year, it will be a very real possibility.

The Chinese-owned, France-headquartered Louvre Hotels Group said it will manage two luxury hotels in Damascus, which are to open in 2020.

To much of the world, the announcement signified the return of the “first Western company” to Syria since civil war broke out in 2011. In fact, it may be a marker of the grim geopolitics of reconstruction.

Who gets to rebuild a country devastated by war? Will it really be rebuilt and will that effort be in line with Syria’s real needs? Is the war over, for all that Syrian President Bashar Assad’s government has been talking of a “post-conflict phase” and the importance of reconstruction?

With tensions rising as a result of attacks claimed by the Houthis on Saudi oil infrastructure, few think of the MENA region as a holiday destination. Yet, that hotel group said it anticipates a wave of visitors. Clearly, it’s preparing for businessmen looking to strike deals to reconstruct Syria. Is Syria really open for business? If so, whose business and for what purpose?

The answers to those questions are dispiriting. As Assad seeks to affirm the finality of the Syrian regime’s military victory, it’s clear he’s prepared — perhaps even eager — for geopolitical competition for reconstruction contracts. However, it won’t be about reconstruction per se, just about building whatever generates profit for whoever is allowed to do so, by whatever means possible.

The state of Syria is piteous after nearly a decade of conflict. An estimated 500,000 are dead; 12 million are internally or externally displaced. The World Bank said nearly $250 billion of GDP was lost. Public and community infrastructure is devastated. More than one-third of the country’s housing stock has been hit. Roughly half of its health and education facilities are so badly damaged as to be unusable.

In September, an aid group said of Idlib, Syria’s last rebel-held stronghold, that less than half of its 1,193 schools are operational; 353 had been abandoned or damaged and 205 were being used as shelters. This means more than half of the area’s 650,000 school-age children won’t be at their studies for at least the next academic year.

How will the two luxury hotels in Damascus help that doleful situation? Not a lot.

The Syrian government said it will cost around $400 billion to rebuild the country but, as a report by the Italian Institute for International Political Studies suggested, Assad’s view of reconstruction seems to be focused on a way “to lock in wider international reintegration.”

This suggests that Assad’s reconstruction is not really about substantial or real rebuilding. It’s not about refashioning the lives of Syrians shattered by war or trying to discern a viable future for their children. It’s not about restoring a previously middle-income country to the prospects to which it has long been accustomed. It’s about allowing — even enabling — an international bidding war over lucrative contracts to rebuild Syria to underline the country’s attractiveness, as well as the authority of Assad’s regime to do deals.

Perhaps luxury Damascus hotels for businessmen from around the world tell the ultimate good-news story for Assad as he seeks to rebrand his devastated country. Perhaps it is a triumph of sorts that Syria is destined to be the focus of intense geopolitical business competition for years and years.

Iraq, after the 2003 US-led invasion, is a salutary warning against such spurts of enthusiasm.

Either way, the Russians, Chinese, Iranians, Turks, as well as the French and other European players, will probably frequent the two new Damascus hotels in the foreseeable future.