The Berlin Wall, which started to be torn down 30 years ago today, was only 28 years old at the time it fell. It stood from 1961 to 1989 and came to symbolize the ‘Iron Curtain’ – the ideological split between East and West and the rivalry between the two superpowers, the US and the Soviet Union, and their allies. Now, the Wall has been down longer than it was up. But its significance – as a fallen symbol – continues.

As Robin Niblett and Gitika Bhardwaj of Chatham House recently discussed, the wall was important physically, as well as psychologically. Berlin, they pointed out, was the only city that was divided physically by the Cold War between the Soviet Union and its allies in the Eastern Bloc and the West. And psychologically, it became the symbol of the division between two ideologies. As Ms Bhardwaj said, “That meant that if you wanted to visualize the Cold War and the separation between the capitalist, democratic system of the West and the communist, command-and-control system of the East, Berlin offered a place where you could physically walk from one world, through a checkpoint, into the other. The whole Cold War could be reduced to this one nexus point.”

But the strangest thing about the fall of the wall was that it hasn’t prevented others from being built. By some accounts, European countries have built more than a 1,000 kilometres of walls, which Dr Niblett noted, is “the equivalent of more than six times the total length of the Berlin Wall”. These walls are a statement of sovereignty. Just as tearing down the Berlin Wall was a statement of the people’s sovereign right to decide their future. Ms Bhardwaj said that putting up the new walls in Europe “was a sovereign act against a European Union that didn’t seem to take their sovereignty seriously.” These walls have physical and psychological relevance.

Finally, there is Donald Trump’s wall. This is the only one that is more a psychological barrier – a measure of protection for Americans – than a great physical deterrent. 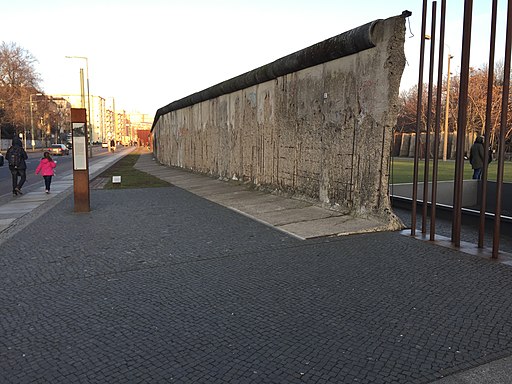