A new gospel of wealth, 130 years after the one written by Andrew Carnegie

It’s been 130 years since Andrew Carnegie published ‘The Gospel of Wealth’, which is considered a foundational document in the field of philanthropy.

Now comes a new one, from Ford Foundation president Darren Walker. It’s called ‘From Generosity to Justice’ and urges philanthropists to work on the root causes — rather than just the consequences — of injustice. And it argues for companies to create a more inclusive model of capitalism.

I was very taken by an interview that Mr Walker recently gave to the Financial Times’s Moral Money team, Andrew Edgecliffe-Johnson and Gillian Tett. Here are some thought-provoking highlights.

Mr Walker expressed regret over the current political debate in the US around vilifying billionaires, but added, “I think there is a rightful critique of a system that generates a billionaire class faster than it generates a middle class.”

He added: “But, unfortunately, we have a distorted form of capitalism and a distorted form or philanthropy that is contributing to more inequality and we need to think about how we use our economic system and our system of giving in a way that actually builds bridges and reduces the divide between those who are privileged and those who are disadvantaged by it.”

In reference to the Business Roundtable’s statement, saying companies should serve other stakeholders as well as shareholders, Mr Walker noted that it “doesn’t have the authority to mandate a specific set of interventions by its members but what it can do is encourage its members to develop very specific responses to this aspiration and I think that is what needs to come next.”

Pressed on the specifics of that he said businesses should ask “fundamental questions about workers and how the company is doing by its workforce in terms of compensation and benefits and long-term security.”

When the FT suggested that Environmental, Social, and Governance (ESG) “is being used like indulgences in the medieval Catholic church; that companies are using ESG to avoid the hard questions about justice”, Mr Walker offered a frank response: “I think ESG can absolutely be distorted for the purpose of greenwashing and I think it’s why there is some scepticism when a company announces a new ESG initiative because there’s often insufficient depth and details . . . or the ESG target would have been met whether there was an ESG strategy or not.”

In any case, he said, democratic institutions “can’t be weakened by philanthropy and business”, although he worries “that we have degraded government to a point that many people have simply given up on it.”

Looking ahead, he offered glimpses of a an emerging field, “that we’re calling public interest technology”. It envisages sending out into the world “an entire generation of people who are trained in [computer science] who see themselves not as creators of the next unicorn but as people who are going to advance justice and social progress through the use of their credentials . . . We need to define what is the public interest in this new digital world.” 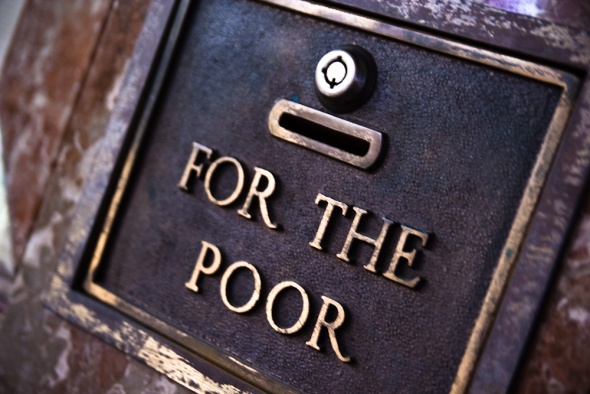