Like Mark Twain in ‘Innocents Abroad’, we went to the Holy Sepulchre

So, like Mark Twain in ‘Innocents Abroad’, we went to the Holy Sepulchre near Jerusalem’s western gate. Unlike Twain, we first stopped at The Garden Tomb, which is on Nablus Road, and no more than 15 minutes of uninterrupted walking time away from the Holy Sepulchre.

There’s a reason Twain didn’t go to The Garden Tomb. It didn’t exist – or perhaps, to match the tone he adopts in his 1869 travelogue, it hadn’t yet been properly found. As Gordon Milmine, who works at the Tomb told us, the Foundation that maintains the Garden Tomb was established in 1899. But the rock-cut tomb itself – in a place apparently seen to correspond to “the place of the skull” mentioned in the Bible as the site of the crucifixion – was unearthed in 1867. That was close enough to the time Twain was in the Holy Land, but The Garden Tomb was probably not properly on the map so to speak. It was probably not, as Mr Milmine said, at the time, considered by some Christians to be the site of the burial and resurrection of Jesus. “We always mention the Roman wine press,” Mr Milmine said, which taken together with the skull-face in the cliff, and the ancient tomb in the garfen , seems to fit the Biblical references.

Certainly when we were there today it had many tours of the reverent, some from East Asia.

In the Holy Sepulchre though, the world is a visitor, today and every day. They come to feel Christ through everything that happened to him. As Twain noted, it’s all under the same roof and marvellously convenient. The Holy Sepulchre “is right in the city, near the western gate; it and the place of the Crucifixion, and, in fact, every other place intimately connected with that tremendous event, are ingeniously massed together and covered by one roof ­- the dome of the Church of the Holy Sepulchre.”

Like Twain we entered the Church of the Sepulchre and found before us “a marble slab, which covers the Stone of Unction, whereon the Saviour’s body was laid to prepare it for burial”. Unlike in Twain’s day, there was not “the usual assemblage of beggars”, nor any Turkish guards – in fact, what’s startling about Jersualem in 2019 is that Twain would probably not have recognised it for its well-ordered cleanliness and the fact that “rags, wretchedness, poverty and dirt…lepers, cripples, the blind, and the idiotic” are not to be found on every corner.

But the rest of Twain’s experience in the Holy Sepulchre is pretty much spot on.

Consider what he describes:

“Entering the great Rotunda, we stand before the most sacred locality in Christendom—the grave of Jesus. It is in the centre of the church, and immediately under the great dome. It is inclosed in a sort of little temple of yellow and white stone, of fanciful design. Within the little temple is a portion of the very stone which was rolled away from the door of the Sepulchre, and on which the angel was sitting when Mary came thither “at early dawn.” Stooping low, we enter the vault—the Sepulchre itself. It is only about six feet by seven, and the stone couch on which the dead Saviour lay extends from end to end of the apartment and occupies half its width. It is covered with a marble slab which has been much worn by the lips of pilgrims. This slab serves as an altar, now. Over it hang some fifty gold and silver lamps, which are kept always burning, and the place is otherwise scandalized by trumpery, gewgaws, and tawdry ornamentation.”

To this, I would add a further observation. The burly monk who stood at the tomb and directed the reverent or the merely observant in. “Touch and go”, he instructed, moving people along as fast as possible. He could’ve been the doorman at a trendy nightclub in London.

On that note, I must end with Twain, who, for all his scepticism acknowledges the pervading sense of belief:

“And so I close my chapter on the Church of the Holy Sepulchre—the most sacred locality on earth to millions and millions of men, and women, and children, the noble and the humble, bond and free. In its history from the first, and in its tremendous associations, it is the most illustrious edifice in Christendom. With all its clap-trap side-shows and unseemly impostures of every kind, it is still grand, revered, venerable—for a god died there; for fifteen hundred years its shrines have been wet with the tears of pilgrims from the earth’s remotest confines; for more than two hundred, the most gallant knights that ever wielded sword wasted their lives away in a struggle to seize it and hold it sacred from infidel pollution.” 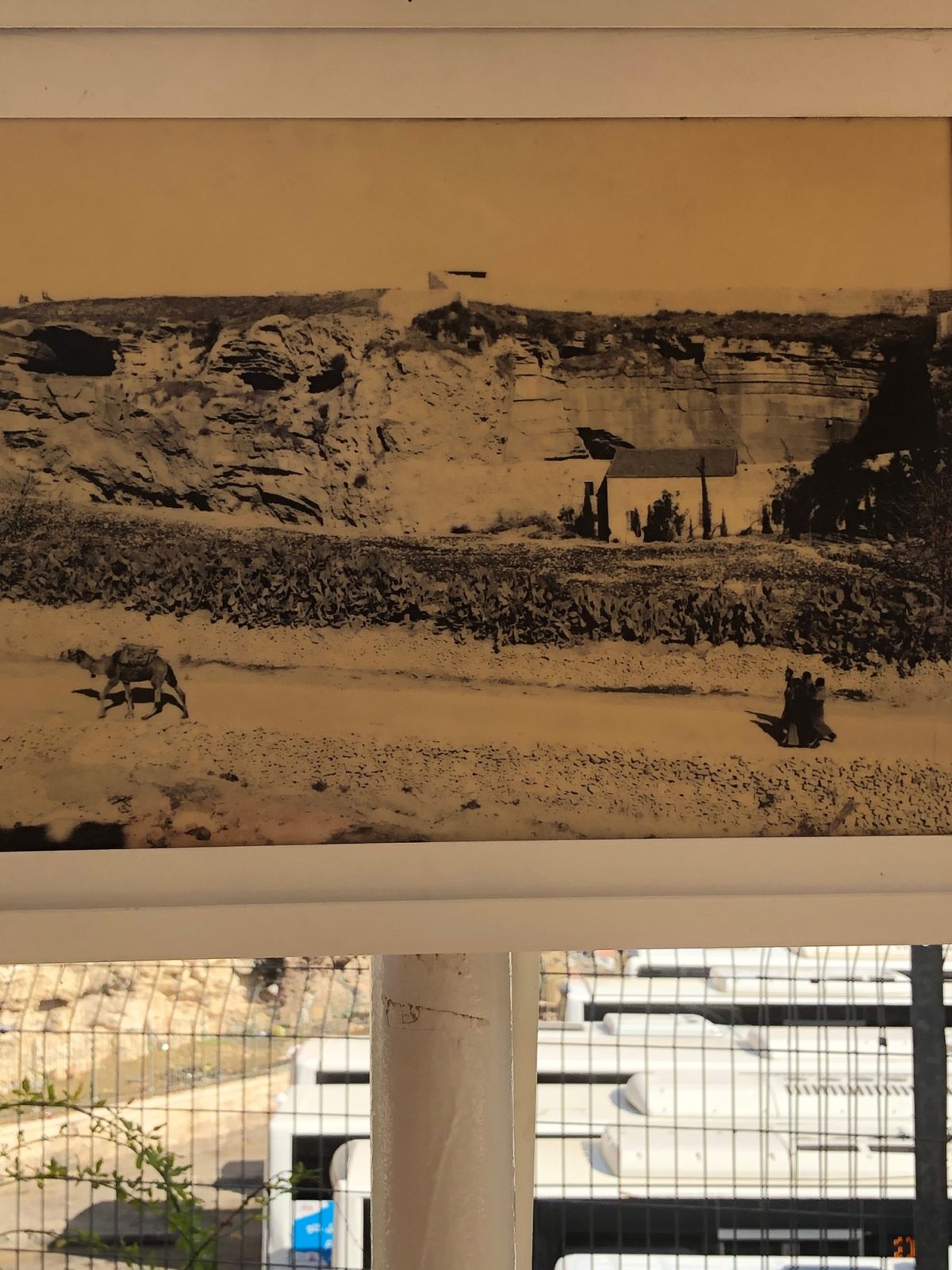