Has the West lost it? A ‘3M’ strategy for the Asian century 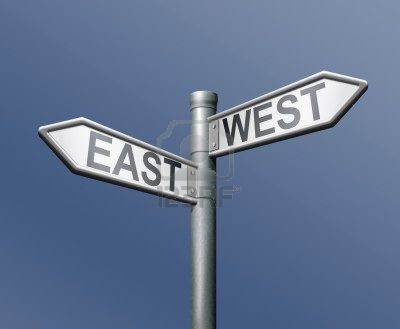 To prevent the West from losing it, the West needs to adopt a 3M strategy: minimalist, multilateralist and Machiavellian. That’s according to Singapore’s veteran diplomat Kishore Mahbubani.

I’ve followed Mr Mahbubani’s work and pronouncements over the years, and recently, he was particularly persuasive in conversation with Gideon Rachman, the FT’s chief foreign affairs columnist.

This was on ‘The Rachman Review’, the Financial Times’ subscribers-only podcast on world affairs. For a new, nerdy podcast, the Rachman Review is surprisingly sticky. (Okay, I admit it. I’m so boring that while some people listen to music to unwind, I pick a political podcast.) So it’s unsurprising that I rather like ‘The Rachman Review’, which has a conversation somewhere in the world every week  with decision-makers and thinkers. Mr Rachman looks at foreign policy, the world order, systemic restructuring, and sometimes, just the effects of a particular international development.

The podcast started a couple two months ago, and I have to report that it’s really rather good. Perhaps the best episode so far was the one with Mr Mahbubani, an academic and highly regarded diplomat, who has a new book out. Its title is provocative: Has the West Lost It?

When Mr Rachman asks him why he chose such a title, Mr Mahbubani laid out a breathtaking analysis of the world today.

Basically, he argued that western dominance of the past 200 years is a historical aberration and that from year 1 to 1820, it was India or China that were pre-eminent.

Second, he claimed that this will be the Asian century and even though economic power is shifting to Asia, the West is reluctant to accept this shift when it should be adopting the 3M strategy: minimalist, multilateralist and Machiavellian.

It’s in line with what Mr Mahbubani has long said. “Minimalism is a call to do less rather than more” and rather than “fighting unnecessary wars, especially in the Middle East and the Islamic world”, the West should cease to intervene. Unnecessary interventions have drained spirits and resources and demoralized Western societies.

Mr Mahbubani also recommends that the West strengthen the global multilateral institutions that it has created because it is against its “interests to undermine the world order. The West, at the end of the day, presents a minority in the global village, as 88% of the world’s population is outside the West. It is unwise for 12% of the world’s population to try and dominate the world on its own.”

This is part of the third “M”, Machiavellian. Mr Mahbubani recalls US President Bill Clinton 2003 speech at Yale in which he said that if the US has to be the world’s number one country, it can keep doing what it’s doing, and it can keep being unilateral. But, says Mr Mahbubani, in a world where the US is no longer number one, the US has “to be Machiavellian and constrain China”, and therefore, it must strengthen multilateral institutions.