In most of my time in Vancouver, I ate richly and well of the foods of different countries in Asia. The first night was Vietnamese. The second day was Chinese (dim sum) and Japanese (sushi). There was “Indian Chinese” on day three and Indian Punjabi (chole bhature) on day four. And so it went.

The Asian footprint (or perhaps that should read foodprint) is very pronounced in Vancouver, one of Canada’s most diverse cities, and which prides itself on its multiculturalism.

The Chinese presence goes back to the late 1800s when labourers arrived to help build the trans-Canada railway. In the early 1920s, Canada withdrew the welcome mat and banned most immigration from China. But from the 1970s, Canada began encouraging Chinese professionals and entrepreneurs to come. About 20 per cent of Vancouver’s population now identifies as ethnic Chinese.

But the Chinese influence hasn’t been wholly positive. Money has flooded into Vancouver from China, causing real estate prices to soar and money laundering operations (through casinos, hotels, restaurants, flash cars and apartment blocks) to flourish.

By some estimates, nearly US $ 4 billion was laundered through British Columbia’s real estate market in 2018, causing house prices to rise by 5 per cent and making Vancouver unaffordable for many. This is why Vancouver’s real estate prices are the third-highest throughout the US and Canada, the most expensive being the San Francisco/Oakland/Hayward metropolitan area, while Silicon Valley’s San Jose/Sunnyvale/Santa Clara area is in second place. The difference, of course, between the US locations and Vancouver is that the most priciest places in the US also score the highest in the world in terms of income. Vancouver is at #50. 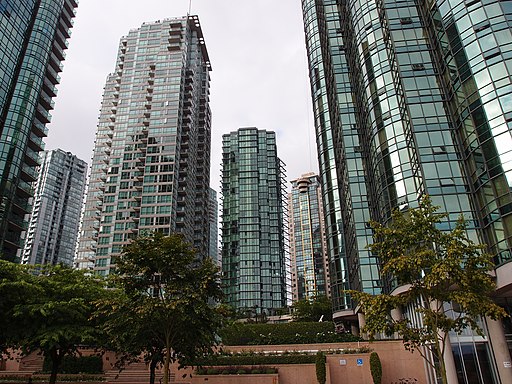