Cometh the hour, cometh the words that will go viral

Once upon a time, it was Brexit that added new words to the dictionary. “Brexit” – a portmanteau of the words “Britain” and “exit” – was Brexit’s first linguistic contribution, soon after the referendum of June 23, 2016. Then came “leave”, “remain”, “hard Brexit”, “soft Brexit”, “crashing out”, “backstop”, “Remoaners”, “flextension” and “Henry VIII powers”.

Now, with the world changing because of a microbe, a new vocabulary is helping us all communicate at a level that goes much beyond the mere words. Here’s a brief rundown of the words and phrases for this, the age of the coronavirus. At the end, what George Orwell would have thought about the new vocabulary.

So, what do you suppose George Orwell would have made of the new language?

There are some clues in Orwell’s 1946 essay ‘Politics and the English language’.

Orwell was critical of the written English of his time, which he described as a “catalogue of swindles and perversions”. It was designed, he said, “to make lies sound truthful and murder respectable, and to give an appearance of solidity to pure wind”. In other words, Orwell thought mid-20th century English was intended to hide the truth rather than to express it.

He said, “modern writing at its worst does not consist in picking out words for the sake of their meaning and inventing images in order to make the meaning clearer. It consists in gumming together long strips of words which have already been set in order by someone else, and making the results presentable by sheer humbug. The attraction of this way of writing is that it is easy…If you use ready-made phrases, you not only don’t have to hunt about for the words; you also don’t have to bother with the rhythms of your sentences since these phrases are generally so arranged as to be more or less euphonious.”

Orwell said that ready-made phrases “will construct your sentences for you — even think your thoughts for you, to a certain extent — and at need they will perform the important service of partially concealing your meaning even from yourself. It is at this point that the special connection between politics and the debasement of language becomes clear”.

For sure, the coronarvirus linguistic shorthand consists of “ready-made phrases”. But I’m not sure Orwell would have seen it as a “debasement”.

Remember, he was all for “picking out words for the sake of their meaning and inventing images in order to make the meaning clearer”. Social distancing and self-isolation are pretty evocative, don’t you think? 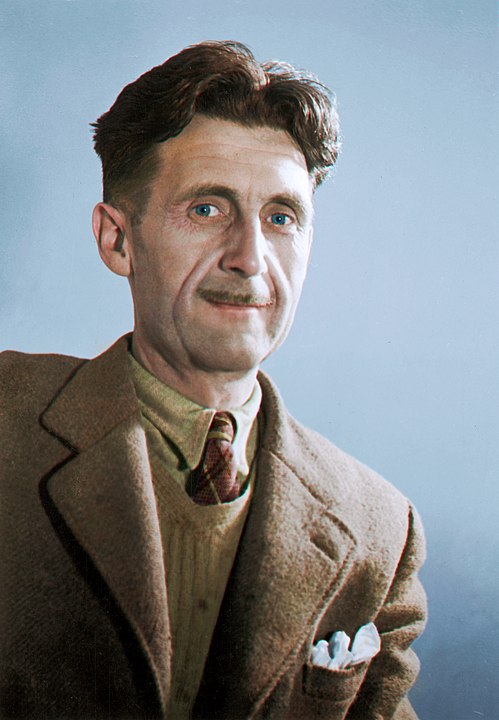