Italians under lockdown are an example to us all, especially here in ‘hamstering’ Britain

Eliara del Banco, mother of 12-year-old Alessandro, lives in Lucca, birthplace of the great composer Puccini and famous for its beautifully preserved Renaissance-period walls, historic city centre and cobblestoned streets. For the past nine days, mother and son have been in quarantine because on March 10, Italy became the first democratic country since World War II to impose a nationwide lockdown on its people.

But Ms del Banco is not frightened, frustrated, bitter or exasperated. Instead, she described the constraints of life – cooking together with her son, helping him with some lessons, watching a bit of TV in the evening – on March 18 to the BBC’s World Business Report. Click here to listen if you can (Ms del Banco’s story starts at 17:30.)

If you don’t, here are the high points of what Ms del Banco said. She calmly described her daily, early morning foray to the shops (“the air is better in the morning,” she said) and how they had everything they needed in Lucca (and presumably Italy), including food and medicine.

From what she said, Italy has not indulged in panic-buying as has happened in Britain. In the past few days, British supermarkets have practically been cleaned out of toilet paper, paracetamol, fresh produce, eggs, UHT milk, soap and suchlike. It’s being called “hamstering”, the tendency to mimic hamsters, who can perform the impressive feat of carrying almost half their body weight in their cheeks.

Ms del Banco also admitted, without sounding hysterical or overly emotional, that she had friends who were either infected or at risk of Covid-19.

The picture Ms del Banco painted was of a people under unique constraints (and surely grieving for their lives from before) but still patient, measured and disciplined.

If Ms del Banco is anything to go by, Italians under lockdown are an example to us all, especially here in Britain. 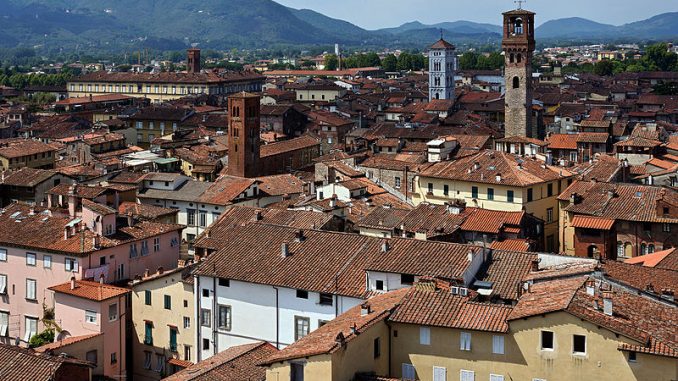