Look who’s having a good pandemic. A female ‘authoritarian’ leader

Bolivia’s interim president Jeanine Anez was meant to be in the job for just the few weeks it took to organise elections after the country’s long-serving leader Evo Morales quit in November amid electoral fraud allegations.

Six months on, she’s still in the Palacio Quemado, the president’s official residence.

What’s more, she has rejected a parliamentary law stating that an election must be held by August 2. Instead, said Ms Anez, firmly and decisively, the election would be held “when the pandemic allows us to”. Accusations of authoritarianism are swirling around the Bolivian capital La Paz and the former president has noted that the pandemic is fitting in Ms Anez’s plans “like a ring on a finger”.

If so, Ms Anez is notching up a couple of firsts.

** When the Bolivian government was extending the lockdown, it warned that “individuals who . . . misinform or cause uncertainty to the population will be subject to criminal charges for crimes against public health”. This has prompted concern that Ms Anez’s administration is taking advantage of the pandemic – just like Hungary’s Viktor Orban – to arrogate overweening power to itself. Now, the Bolivian government can punish anyone who broadcasts or publishes information it deems incorrect. In mid- April, one of Ms Anez’s ministers said the security forces had arrested 67 “political actors” for taking part in “destabilisation and disinformation movements”. Half of them, he said, had been tried, convicted and sentenced.

** Just like the US president’s “personally signed” economic stimulus cheques to all Americans, the Bolivian leader has put her name to all government announcements of financial measures to combat Covid-19.

When Mr Morales left the presidential palace and his country, Ms Anez, a right-wing senator and a second vice president of the Senate, was only fourth in the line of succession. Now, she’s behaving as if the job is hers by right and as if she expects to be in it for for the long haul.

Ms Anez is clearly having a good pandemic. 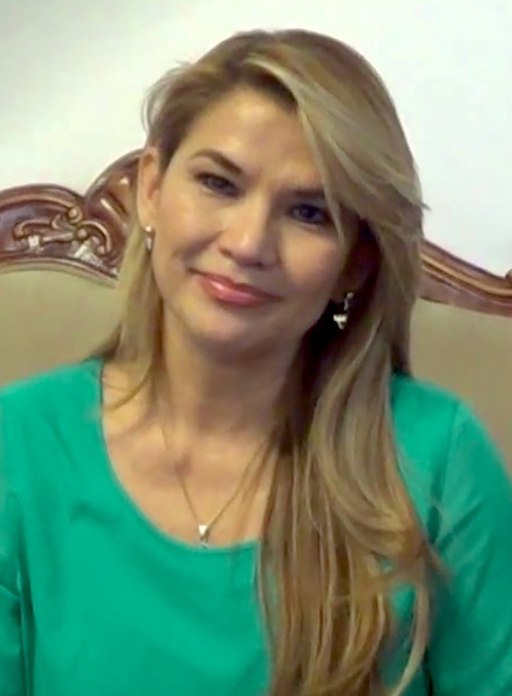