Recipe for restaurant survival in a pandemic

Tony Cecchini, who owns two bar-restaurants in Brooklyn, NY (and is incidentally credited with having invented the Cosmopolitan), says social distancing will be “a death sentence” to his business.

“That would give me four lonely seats across the entire run of each of my bars, with guests dotted here and there slipping their masks down to sip at a drink, and perhaps three of our five booths permitted to be occupied,” Mr Cecchini noted in The New York Times. “And all of this in a time of depressed economic activity, when most customers will already be leery of re-emerging and congregating, and have far less leisure income to spend”.

In London, Oliver Milburn, has been thinking along the same lines. Along with two business partners, Mr Milburn used to run Kitty Fisher’s and Cora Pearl, often described as “two of Britain’s coolest restaurants”. The pandemic and lockdown means “the scale of starting up again is going to be enormous,” Mr Milburn wrote in The Times, London in April.

Then he took to the airwaves to explain why the somewhat “louche” brand epitomised by his restaurants would probably be unable to operate in the age of social distancing.

“Our small restaurants have tables incredibly close together,” he said. Indeed, the scenario is so intimate that one restaurant critic explained the atmosphere as follows: you put your wine glass down and find it’s on someone else’s table.  “Will that be allowed?” Mr Milburn asked anxiously in the age of the coronavirus. “Will anything be the same?”

One day, perhaps, when there’s a vaccine and a cure for Covid-19 and when people have the appetite (and the money) to sit jammed up together again, eating and drinking, laughing and talking (and sometimes sniffling without causing panic attacks all around).

But as of now, the outlook is doleful for restaurants, bars and pubs, as revealed by the latest predictions out of the UK and US.

According to a new survey of hospitality business owners by CGA AlixPartners market recovery monitor, more than 30,000 of Britain’s roughly 115,000 pubs and restaurants don’t expect to reopen when the hospitality sector is given the green light to resume operations in July.

In the US, it’s estimated that, 75 per cent of the restaurants that have closed because of the pandemic won’t be able to return to business.

Both Mr Cecchini and Mr Milburn call for bold measures to prop up the restaurant industry. Rent relief, they say, will be important. True.

But perhaps even more crucial, in the long bright months of summer in the western hemisphere, would be to take eating out literally outside. Pavements and city squares could be used for seating so that restaurants, cafes and bars could serve enough people — at a safe distance from each other — to stay in business.

Cities such as Madrid are already experimenting with this kind of workaround. Come winter, it may not be viable but by then the prognosis – for the pandemic and the hospitality sector – may have changed. 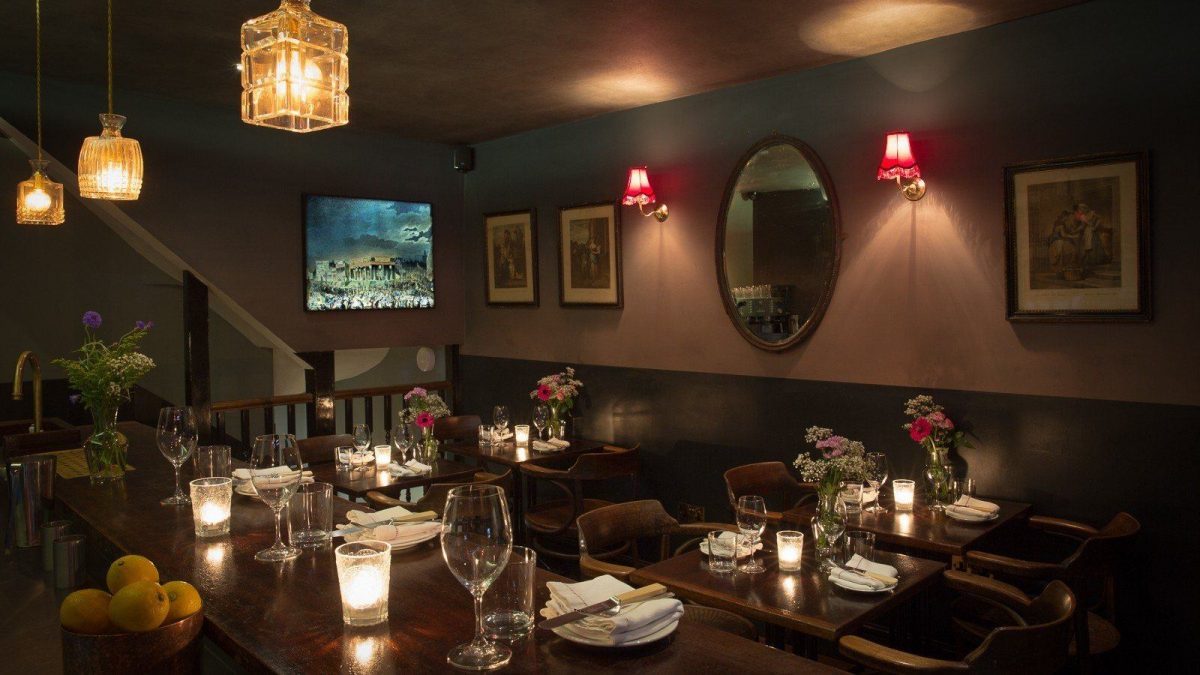