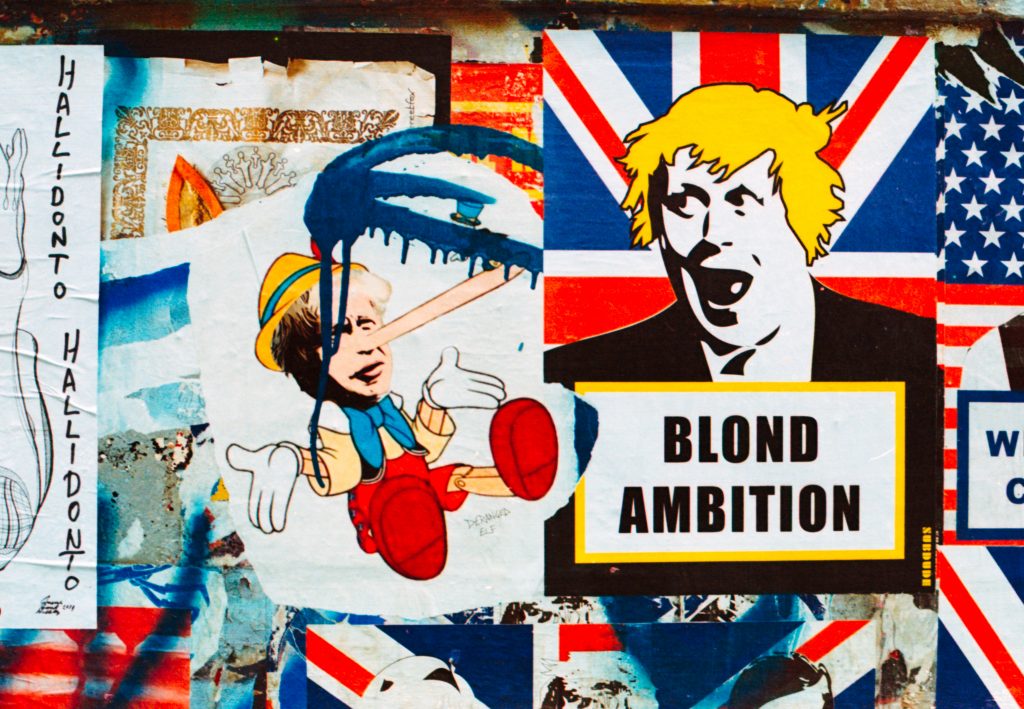 In 1946, a year before the British were forced to grant India its independence, George Orwell bemoaned the decline of the English language. In an essay titled ‘ Politics and the English language ‘, Orwell called out the “sheer humbug” that passed for political speech and writing, the “pretentious, Latinized style” and deliberate use of “stale metaphors, similes and idioms”.

“In our time, political speech and writing are largely the defence of the indefensible,” Orwell declared. “Things like the continuance of British rule in India, the Russian purges and deportations, the dropping of the atom bombs on Japan, can indeed be defended, but only by arguments which are too brutal for most people to face, and which do not square with the professed aims of the political parties. Thus political language has to consist largely of euphemism, question-begging and sheer cloudy vagueness”.

Fast forward to 2020 and George Orwell might have written almost exactly the same essay, albeit with different examples.

“In our time, political speech and writing are largely the defence of the indefensible,” he might have said. “Things like the refusal to honestly discuss British rule in India, Britain’s profit from the slave trade and the Brexiteers’ unsubtle call for Britain to go through a ‘new golden age’ can indeed be defended, but only by arguments which are too brutal for most people to face, and which do not square with the professed aims of the political parties. Thus political language has to consist largely of euphemism, question-begging and sheer cloudy vagueness”.

It is useful to reprise George Orwell in the context of Boris Johnson’s response to the Black Lives Matter protests. The prime minister announced a government commission on racial inequalities and in the same breath said he wanted to end “the sense of victimisation” within the black and ethnic minority community.

He repeated his condemnation of violence at public protests and expressed doubt about “the growing campaign to edit or photoshop the entire cultural landscape”. Boris Johnson added that he would “resist with every breath in my body” any moves to remove Churchill’s statue from Parliament Square.

Let us parse Johnson’s attempt at political speech and draw out its meaning.

First, the proposed commission. The prime minister has vaguely described a “cross-governmental commission” that will look into discrimination against black, Asian and minority ethnic people in education, health and the criminal justice system. That the whole thing is sheer humbug is obvious from the lack of details regarding the commission’s members, proposed goals and timelines.

Second, Johnson challenged the very idea there was any need for such a commission by implying that a “sense of victimisation” exists within black and ethnic minority communities.

Third, when he spoke of photoshopping the cultural landscape, Johnson was referring to the recent removals of monuments depicting racist historical figures.

His premise, however, is inaccurate. No one is calling for the photoshopping of British history and culture, rather for the removal of filters.

Finally, there is Johnson’s promise to “resist with every breath in my body” any attempt to remove Churchill’s statue from Parliament Square. No one has seriously suggested this. Resisting with every breath is a stale phrase. And we all know what happened when Boris Johnson last vowed he would rather be “dead in a ditch” than delay Brexit.

As Orwell wrote, “the inflated style itself is a kind of euphemism…a mass of (Latin) words falling upon the facts like soft snow, blurring the outline and covering up all the details”. This is the kind of language used to conceal meaning, rather than to communicate it clearly and honestly.