The war for Libya is not what it seems

The war for Libya is getting hot again. The country’s eastern-based parliament has said it would “welcome” Egyptian military intervention in the civil war.

The Libyan Parliament’s green light for outside meddling is supposed to be an attempt to end yet another country, Turkey, meddling in its affairs.

Turkey has been supplying military hardware as well as Syrian mercenaries to fight on behalf of the United Nations-recognised administration in Tripoli.

The Libyan parliament does not support the UN-backed government.

Some say the war for Libya links geopolitics and ideology but it’s actually about sharp-eyed national strategic objectives on the part of several regional powers.

However confusing the Libyan conflict appears, it is basically between two sets of domestic players, propped up by international forces:

** the internationally recognized Government of National Accord (GNA), which controls the capital, Tripoli

** the Tobruk-based House of Representatives and the Libyan National Army (LNA) under the command of General Khalifa Haftar.

It helps to understand that the Tripoli government has Islamists within the fold, or at least politicians of the same sort of persuasion as Turkey’s governing AKP and its long-time leader. Turkish president Recep Tayyip Erdogan has long supported the Muslim Brotherhood group, which was ousted from power in Egypt in 2013.

The Tobruk group claims to be anti-Islamist.

Turkey and Qatar back the Tripoli government. So does the UN and the European Union.

Egypt, Russia, France and the UAE are in General Haftar’s corner.

It’s also worth noting that the Egyptians want to get on with a gas project that could link up with Israel, Cyprus and Greece and supply Europe.

Turkey’s recent overt military intervention in Libya came after Ankara secured an agreement to explore for oil and gas off Libya’s coast.

There have been attempts to spin the Libyan conflict as a battle between pro and anti-Islamist forces. But that is not strictly true either.

Whatever the reality, were Libya’s civil war to continue, other parts of the region (and beyond) will undoubtedly feel its effects.

Europe may find more refugees turning up on its shores. Tunisia, Algeria, Sudan, or even Lebanon could become the next theatre for proxy conflict. 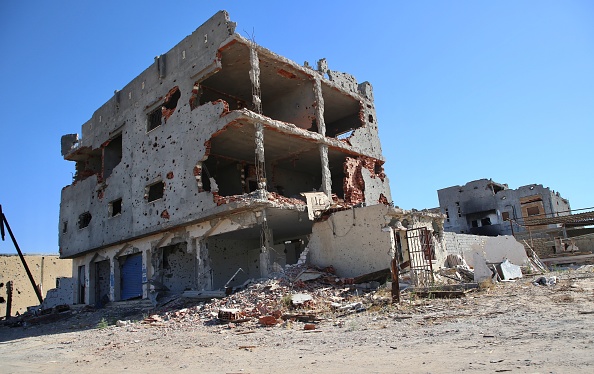