Turning the NYT’s Morning Briefing into a good news bulletin

Today, as a creative experiment in positivity bias, I turned part of the NYT’s Morning Briefing into a good news bulletin.

This wasn’t because I’m Panglossian, suffer from Pollyanna-ish tendencies or the glass-half-full syndrome. I’m not prone to view the world through rose-coloured spectacles.

It was an experiment.

I wanted to see if a briefing can be a decent read even if it’s not a litany of bad news. I took, arguably the most doomladen part of the NYT’s ‘Morning Briefing’, the coronavirus global update. With the world having passed 15 million cases and no vaccine nor cure in sight, we continue to suffer terribly from the effects of the pandemic. The NYT Briefing makes grim reading.

Is there another way, and if there is, why do journalists and news outlets do it this way?

An interview with Dr Rasmus Kleis Nielsen, Director of Research at the Reuters Institute for the Study of Journalism at the University of Oxford, is very helpful in this regard.

Dr Nielsen explains that journalists are drawn to events over trends because they are more newsworthy. “This often frustrates economists, because you see a disjoint between what they perceive to be the truth of the situation as a whole – as opposed to the event-focused reporting favoured by many journalists which may accentuate more negative events, and in particular things that have consequences for named individuals; the human interest story”.

He added that sports journalism is quite distinct from most other kinds of journalism because it’s mostly not bad news and consciously takes a different trajectory. As he noted, sports journalism is euphoric, partisan, patriotic and focuses on the celebration of the athlete and the camaraderie of the fans. It’s a celebration of the culture of the sport, the solidarity among fans and the team, the heroic exploits of individuals or the strength and unity of a group of players.

And finally, said Dr Nielsen, journalists are well aware that audiences are frustrated with the negative tone of news. The world may be a bad place, but it’s not only a bad place.

All true, but still we – journalists and the outlets we work for – continue to focus on things that go wrong, without paying enough heed to those that work well, or rather better than expected.

So let’s have a go at a different way. Let’s work on the NYT’s Morning briefing for Friday, July 24.

Its opening was as follows:

Correct me if I’m wrong, but that doesn’t sound like the NYT is wishing us “good morning” at all. It sounds like a very bad morning, the usual sort of bad morning many people have come to expect and dread – one filled with news of a coming apocalypse even as we struggle to survive pestilence and a world alternately drowning or on fire.

So here’s the question. Does “the US passing 4 million cases” merit being the lead story? It’s a high number (and every case, every individual incidence of suffering matters) but the US has, unfortunately, had high coronavirus infection and death numbers for four months now. Its millionth case was reported on April 28; the two-millionth on June 10 and three-millionth on July 7.

So perhaps the real coronavirus news story for Friday, July 24 is something quite different and with elements of good news just to keep things in context, both in the US and further afield.

First, in the US:

Internationally too, there is some good news on the pandemic:

Basically, when the NYT says “We’re covering the U.S. passing 4 million cases, a stumbling reopening in Spain…” and more in that vein, it triggers weariness and despair.

The trendline is important to contextualise an event. That’s not necessarily good news, but the whole news. 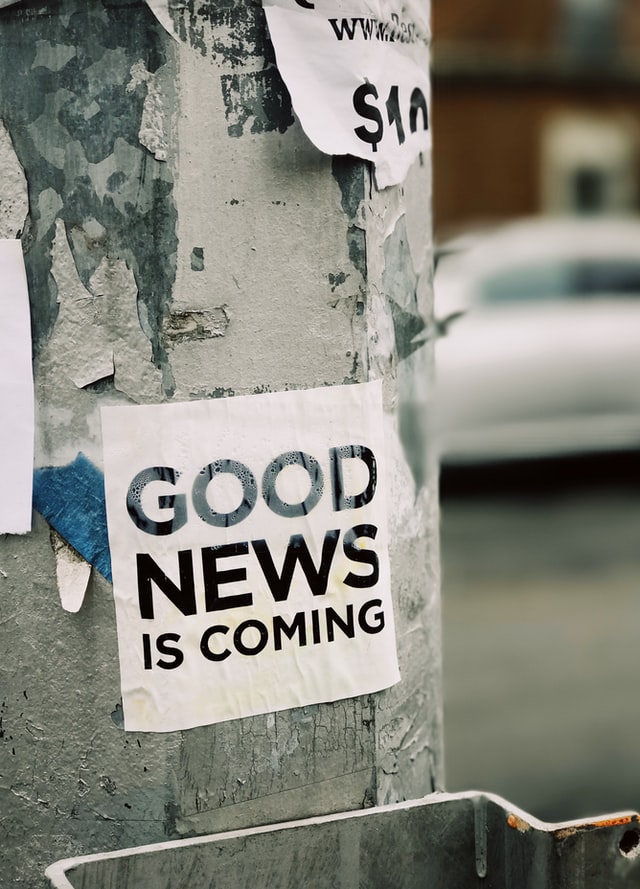