Beirut blast: what do we do with the world’s ammonium nitrate? 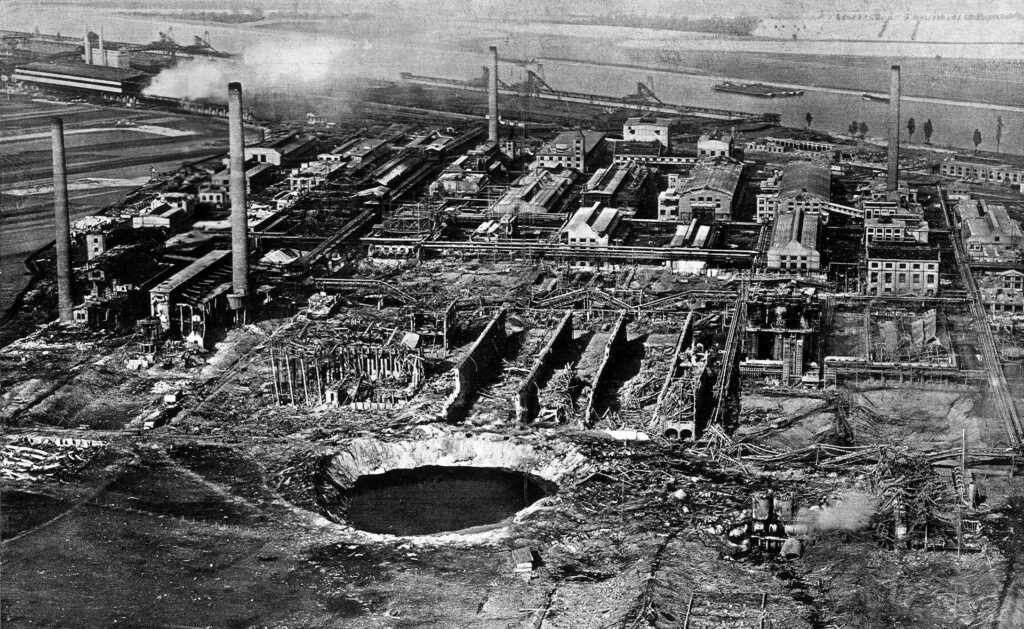 Both too much and too little has happened in the seven days since the powerful blast that levelled large swaths of Beirut.

Lebanon’s Higher Defence Council, chaired by the president and prime minister, has declared the city a disaster zone. The UN says Lebanon is facing a humanitarian catastrophe. A virtual international donor conference on Sunday promised to help, in exchange for an audit of the system. And ordinary Lebanese are clashing with security forces as they rage against the institutions of state.

So, where do we go from here? What are the lessons and the long-term implications of a tragedy that experts have described as one of the biggest non-nuclear explosions in history? Does Beirut’s suffering mean the rest of the world is now forewarned and thereby safer, here on in?

Unfortunately, that is not a given, at least at this juncture. Beirut is just one of several disasters across the world that have involved ammonium nitrate. While combustible, the chemical is reasonably stable unless exposed to high temperatures or to a source of ignition. Cheaply and plentifully produced as pellets, it has been widely used in crop fertilisers for nearly 70 years. It is also used as an industrial explosive in mining.

Beirut and other disasters involving ammonium nitrate won’t lessen the demand for it. In fact, in order to feed the world’s growing population, the opposite is true. In April, an authoritative market research study forecast a 3 per cent rise in demand for ammonium nitrate by 2026 on account of the North American agricultural sector as well as increased farming and mining activity in India, China and Australia. This means it is more important than ever to make sure that ammonium nitrate is properly handled.

Taken together with Toulouse, Brazzaville, West and Tianjin, Beirut is the fifth major explosion in a decade involving stored ammonium nitrate

Yet, nearly a century after the first modern disaster involving ammonium nitrate — more than 500 people were killed in Oppau, Germany in 1921 — there don’t seem to be any internationally accepted or enforced regulations for its proper storage and handling.

Consider the grim roll call of disasters comparable to Beirut. The two most often cited are Texas City in the US in 1947 and Tianjin in China in 2015. Both were port cities and both suffered grievously when massive stores of ammonium nitrate blew up. In Texas City, at least 500 died, including the entire volunteer fire department. The disaster, one of the largest explosions in US history, created a 15-foot tidal wave and, as in Beirut, sent a mushroom cloud 2,000 feet into the sky.

In Tianjin, at least 170 people died, many of them firefighters. Large shipping containers were tossed into the air like matchsticks before crumpling like soda cans, and thousands of cars were incinerated in the resulting fires. The explosion was so big it was picked up by a satellite orbiting the Earth.

Three other disasters involving ammonium nitrate in the past decade are also worth noting. The 2013 explosion at a fertiliser factory in West, another city in the American state of Texas, took less of a toll in terms of human life, but had the force of a small earthquake. Similarly, the 2001 blast in a fertiliser factory in Toulouse, France had a relatively small toll but shattered windows several kilometres away and left a huge crater. And finally, the 2012 explosion in a Brazzaville, Congo ammunition depot.

An EU-funded evaluation subsequently noted that the Brazzaville incident started as a deflagration rather than a detonation, and it was only when the fire reached the stockpile of ammonium nitrate that a huge “high-order” explosion occurred. At least 300 people were killed and more than 2,500 injured. The blast flattened infrastructure and buildings in Brazzaville, leaving more than 120,000 homeless.

Taken together with Toulouse, Brazzaville, West and Tianjin, Beirut is the fifth major explosion in a decade involving stored ammonium nitrate. In both of the other deadly accidents since 2000 — Ryongchon, North Korea in 2004 and Monclova, Mexico in 2007 — the chemical was in the process of being transported. Accordingly, it is not unreasonable to focus on safety protocols for the storage and management of ammonium nitrate.

Might Beirut become a call to action? Texas City, Toulouse and West each served as such, in different ways. Texas City led to new regulations for the manufacturing and transport of chemicals, particularly safer containers for ammonium nitrate. Toulouse led to stricter controls in Europe for ammonium nitrate production.

And after West, the US Environmental Protection Agency put in place the Chemical Disaster Rule, a suite of disaster prevention and preparedness measures for chemical plants. The Rule is meant to ensure better co-ordination with first responders and bolster community access to information about chemical hazards in their neighbourhood.

But late last year, the Trump administration scaled back the Chemical Disaster Rule, eliminating many of the safeguards and weakening others to the point of ineffectualness. Environmental campaigners have launched a legal challenge against the administration.

Until the courts pronounce, it is fair to say the US has fewer federal regulatory protections than a year ago against potentially hazardous chemicals like ammonium nitrate. Thus far, the issue has been raised largely by activists and scientists. But after the disaster in Beirut, perhaps there will be renewed attention to regulatory lapses in the US and around the world.

It should not take a great tragedy like the one suffered by Lebanon to bring about these changes, but if that is the outcome then at least some good will have come from it.