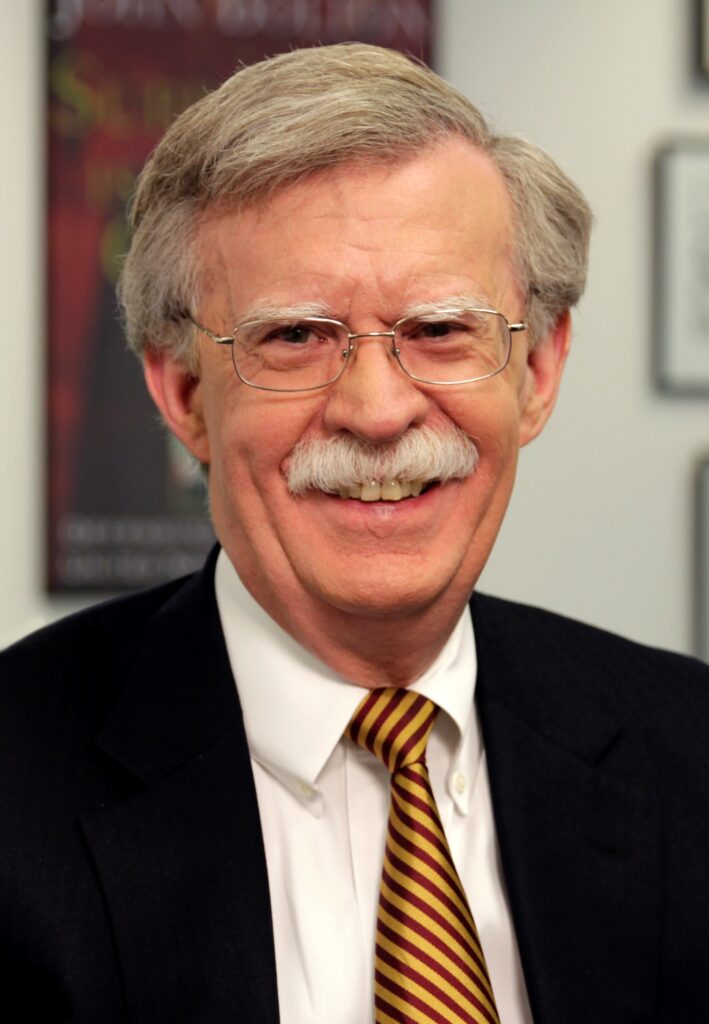 Remember when Donald Trump said he had “the best words”? (Click here to watch Candidate Trump telling a crowd in South Carolina in December 2015: “I know words, I know the best words.”)

Well, Mr Trump should have a chat with his former national security adviser John Bolton. That guy really does know words.

In fact, Mr Bolton, who’s generally considered a rather unpleasant character with a long and controversial record in public life, has some of the best words.

The phrase is Latin and translates to “after this, therefore because of this.”

Mr Bolton used the words “post hoc ergo propter hoc” in a BBC World Service radio interview on August 20 about the US and Iran. (Click here to listen. You can hear the phrase at 05:23 minutes.)

The words tripped off his tongue with ease and facility. He was making the case for regime change in Iran. The BBC interviewer questioned the wisdom of such an action and said that the 1953 US-orchestrated overthrow of Iran’s democratically elected Prime Minister Mohammad Mosaddegh in favour of strengthening the Shah ultimately resulted in the 1979 revolution led by Ayatollah Khomeini.

Mr Bolton, always hawkish, challenged any such connection. There wasn’t a link between the 1953 overthrow and the 1979 revolution, he said. “That’s an example of the post hoc ergo propter hoc fallacy.”

Scholars of the classics, lawyers, diplomats and world leaders (though presumably not Mr Trump) would probably have understood what he meant. Go to war.

The rest of us might not necessarily understand the literal meaning of Mr Bolton’s words but we would still have got his drift. Go to war.

Post hoc ergo propter hoc is considered an informal fallacy and basically means that someone is drawing a conclusion about cause and effect from the sequence of events. In other words, since event Y followed event X, event Y must have been caused by event X. The fallacy arises because the conclusion is drawn solely from sequence rather than from looking at the big picture.

In essence, Mr Bolton was arguing for massive American intervention in a sovereign country (yet again, and just seven years after the illegitimate Iraq invasion). And yet again, America’s hawks are urging the world to disbelieve the evidence of its own eyes, ears and perception by disregarding the sequential logic of a counter-revolution to a coup. Violence begets violence.

Mr Bolton refused to see the sequential logic between 1979 and 1953. And he’s advocating for the overthrow of a foreign government.

He said it so he must be a war-monger.

And that’s not a post hoc ergo propter hoc fallacy.