Democracy doesn’t have to be Western-style, nor the development template 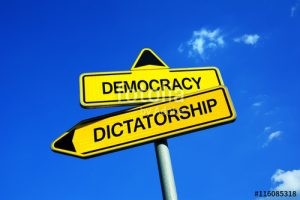 Veteran foreign policywallah Kishore Mahbubani once wrote a piece for The New York Times titled ‘How Strongmen Co-opted Democracy’. He should know. Mr Mahbubani was, from 2004 to 2017, dean of the Lee Kuan Yew School of Public Policy (National University of Singapore). His country knows all about strongmen. That’s not to be snarky, just factual.

Anyway, Mr Mahbubani made an interesting argument about the spread of democracy. It was meant, he says, “to result in the election of liberal, pro-Western leaders.” Instead, it’s allowed for the election of “a wave of strongmen rulers…many of whom have clear non-Western identities.”

As part of his “wave” he listed Japan’s Shinzo Abe, Turkey’s Recep Tayyip Erdogan, India’s Narendra Modi and, “looking back further, Vladimir V. Putin of Russia.” He also added China’s Xi Jinping to his list, which at that point began to look like a bit of a dog’s breakfast.

I got Mr Mahbubani’s point – that Mr Xi emerged “from a fiercely competitive political process within the 80 million-member Communist Party of China”. But Western-style democracy it is not. And it was never thought that the internal elimination processes of the Chinese Communist Party somehow enshrine the sort of democracy that would allow for the “election of liberal, pro-Western leaders.”

Moving swiftly on, what should one have made of the good professor’s contention that the rise of Messers Abe, Erdogan, Modi and Putin “may reflect a new chapter in history”? That their election underlined a powerful anti-Western sentiment globally? (It is particularly interesting to consider this point in the weeks after Mr Abe stepped down from office.)

Well, half of those four leaders – Mr Erdogan and Mr Putin – are not rising so much as ending their long dominance of national politics in their respective countries. And both Mr Erdogan and Mr Putin started their dominance of national politics wanting a good relationship with the West. They weren’t anti-Western to begin with. Now, they may be better described as spurned pro-Westerners rather than evangelical anti-Westerners.

It’s true though, as the professor said, that Mr Erdogan and Mr Putin’s anti-Western positions are rooted in their people’s resentment of Western dominance. So their political dominance cannot really be seen as a failure of democracy so much as a reiteration of the will – howsoever flawed – of the people.

So far, there is no Indian or Japanese model of progress and development. For that matter, there is no Russian, Turkish or Chinese model either. If there were, it would be the strongest sign that the world is moving away from the Western template.