Margaret Ferrier, the Typhoid Mary of the 21st century?

Is Margaret Ferrier the Typhoid Mary of the 21st century? At first glance the question sounds ludicrous.

The two women could not be more dissimilar.

Ms Ferrier is a Scottish member of the British parliament.

Mary Mallon, aka Typhoid Mary, was an Irish cook who immigrated to the United States.

The two women are separated by more than a century.

Ms Ferrier only tested positive for Covid-19 in late September and gave herself up – ie reporting herself to the police for not self-isolating.

Mallon, on the other hand, was identified as an asymptomatic carrier of typhoid. For years, she continued to flout the New York health authorities’ explicit instructions that she stop working as a cook, adroitly using fake names to pursue her profession.

And yet, Ms Ferrier and Typhoid Mary are linked in a strange sort of way.

They seem to share a disregard for others’ health and well-being.

Ms Ferrier, remember, has admitted she travelled to parliament in London with Covid symptoms, then back to Scotland after testing positive for the coronavirus. Not only were her actions against the law, they put other people’s lives at risk. Ms Ferrier couldn’t know if the guards, cleaners and other MPs in the chamber of the House of Commons had underlying conditions or immunocompromised relatives.

Interestingly, Ms Ferrier was one of those who profusely criticised Boris Johnson’s special advisor Dominic Cummings’ flouting of coronavirus rules. At the time, she tweeted: “One rule for Dominic Cummings and one for the rest of us”. Now, Ms Ferrier finds herself hoist with her own petard.

As for Typhoid Mary, despite being identified as a carrier of disease, she continued to work as an itinerant cook, causing typhoid outbreaks everywhere she went. She’s definitely thought to have caused at least three deaths but her sneaky dodging of the authorities means the exact toll of her carelessness and callousness is not really known.

Typhoid Mary is a salutary story.

Her name has gone down in history as a euphemism for someone who cares little or not at all that they are spreading something undesirable. 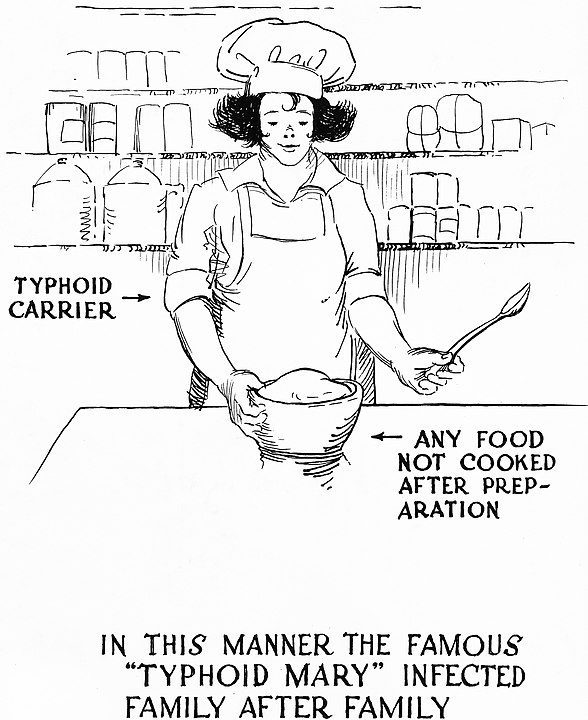