Philosophically speaking, John Gray is doing to cats what Thomas Nagel did to bats 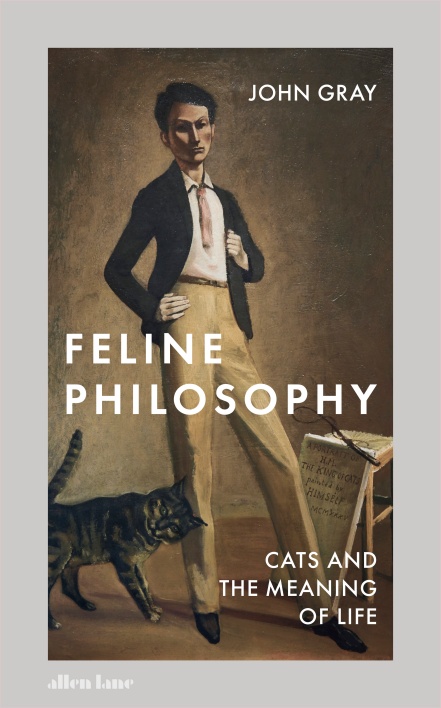 The other day I heard a philosopher do to cats what Thomas Nagel famously did to bats.

In 1974, Professor Nagel published a paper that continues to be taught to undergraduates studying philosophy. ‘What Is It Like to Be a Bat?’ posed key questions about consciousness and facts that are “beyond the reach of human concepts”.

One of the more remarkable truths with which we were confronted as the result of Professor Nagel’s analysis was the limits of human knowledge.

Now, it turns out John Gray, who retired in 2008 as professor of European Thought at the LSE, has set out to find out ‘What’s it like to be a cat?’

His new book, ‘Feline Philosophy: Cats and the Meaning of Life’ is published on October 29. It’s not, Professor Gray recently told The Guardian, “a scientific inquiry. But if you live with a cat very closely for a long time – and it takes a long time, because they’re slow to trust, slow to really enter into communication with you – then you can probably imagine how they might philosophise.”

Or not. Cats don’t philosophise, Professor Gray says, and that’s because they aren’t like humans who suffer from anxiety.

He goes on to assert that anxiety is the principal reason that human beings resorted to philosophy. And then he offers 10 hints that cats might give their anxious human companions in order that they “live less awkwardly”.

** “never try to persuade human beings to be reasonable”

** “do not look for meaning in your suffering”

** “sleep for the joy of sleeping”

Basically, Professor Gray said on the radio, it’s about liberating ourselves from the pressure of finding meaning in everything rather than in simply experiencing the “sensation of life”.

The other thing that causes much human unhappiness, he said, is the struggle to be happy. That’s not the case with cats, who don’t appear to get bored and are not struggling to be happy.

“Cats live for the sensation of life, not for something they might achieve or not achieve,” says the professor. “If we attach ourselves too heavily to some overarching purpose we’re losing the joy of life. Leave all those ideologies and religions to one side and what’s left? What’s left is a sensation of life – which is a wonderful thing.”

Ah, but to quote Thomas Nagel, it’s fine to imagine what it’s like to be a cat by taking the cat’s point of view, but it would still be impossible to know what it is like for a cat to be a cat.