Now, for that other major election – in Myanmar 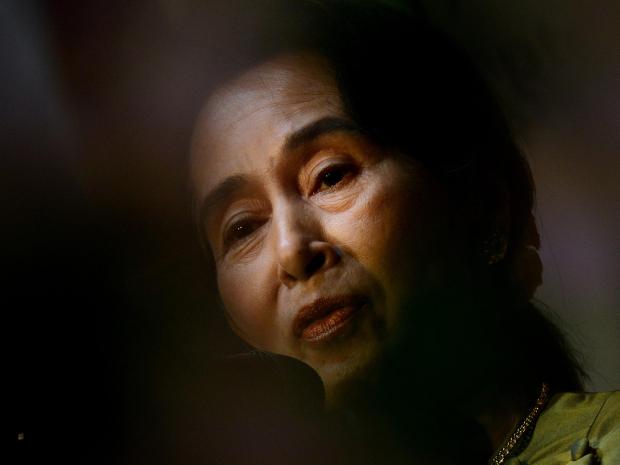 Today, Myanmar goes to the polls for only the second time in a decade.

Roughly half a century of military rule ended in 2011. Aung San Suu Kyi led her party to victory in the first election after the junta, to use the phraseology of one Donald Trump, stood back and stood by.

It was a marginally inspiring moment in contemporary world history.

The junta, which had been trying to end Myanmar’s status as a global pariah by freeing Ms Suu Kyi and allowing elections, did not permit full democracy. Instead, the generals called the system they put in place “disciplined democracy”.

The army stood back and stood by. The military-drafted constitution allowed unelected military representatives to take up a quarter of the seats in parliament, wield a veto over constitutional change and to vote on the parliamentary election of the country’s president.

Ms Suu Kyi could not become president because of a constitutional provision that states if one of your “legitimate children… owes allegiance to a foreign power” you are disqualified. Both her sons hold British passports. She led her National League for Democracy to a landslide and assumed the role of State Counsellor (but not president).

The world’s hopes for democratic freedoms, accountability and empathy dimmed as the country’s Rohingya Muslims, the Muslim group that isn’t regarded as eligible for citizenship, became targets of persecution.

Five years on, Ms Suu Kyi leads her party once again to the polls and is pretty likely to win again. But not only will her share of the vote be smaller, she and her country both have a tarnished image.

Myanmar’s ethnic minorities are bitter about Ms Suu Kyi’s refusal to devolve power to the states, the government’s hounding of activists, the inability to ensure even economic growth and the lack of any democratic choices for the Rohingya. Ms Suu Kyi has evinced little sympathy for the Rohingyas’ plight.

This election may not solve much. But it may be a clarifying moment in how even the promises of a limited democracy can be subverted by unwise leaders.