When Donald Trump incited a mob to lay siege to the US Capitol, WhatsApp users in India started sharing the following gag:  “Owing to Covid travel restrictions, this year’s US backed coup will take place at home”.

A few days later, ‘The Daily Nation’, a Kenyan newspaper, carried a photograph of the chaos and debri in the Capitol, with a big headline, “Who’s the banana republic now?”

Zimbabwe’s president, Emmerson Mnangawga, became one of the highest ranking people to question America’s right to use sanctions against foreign governments for alleged anti-democratic activities and misgovernance. America, Mr Mnangawga said, had “no moral right to punish another nation under the guise of upholding democracy”.

A Clever Clogs from somewhere tweeted:

Who knew that America would be the next target in the American war on terror.

And when The New York Times’s Opinion Newsletter (for Wednesday, Jan. 13) rolled in, a recipient expressed surprise at its subject line, which read as follows: “Will America execute an intellectually disabled man?”

The reader said she was startled to think the venerable paper would describe Mr Trump as such, despite his manifest mental condition. But on reading the piece that the subject line referenced, the reader realised it wasn’t about Mr Trump or the Capitol siege at all. Instead, it was about Corey Johnson, an intellectually disabled convict who is scheduled to be executed in Terre Haute, Indiana for seven murders in the early 1990s.

Finally, of course, there were the usual jibes, some from Americans themselves:

“To anyone saying Trump didn’t participate in the insurrection, remind them that Bin Laden didn’t fly the planes.”

“Should foreign nations place sanctions on America until it can prove it is committed to a peaceful transition of power?”

And here’s Washington Post reporter Hannah Natanson’s tweeted screenshot of what she described as “Just an utterly surreal message to receive from my mother”. 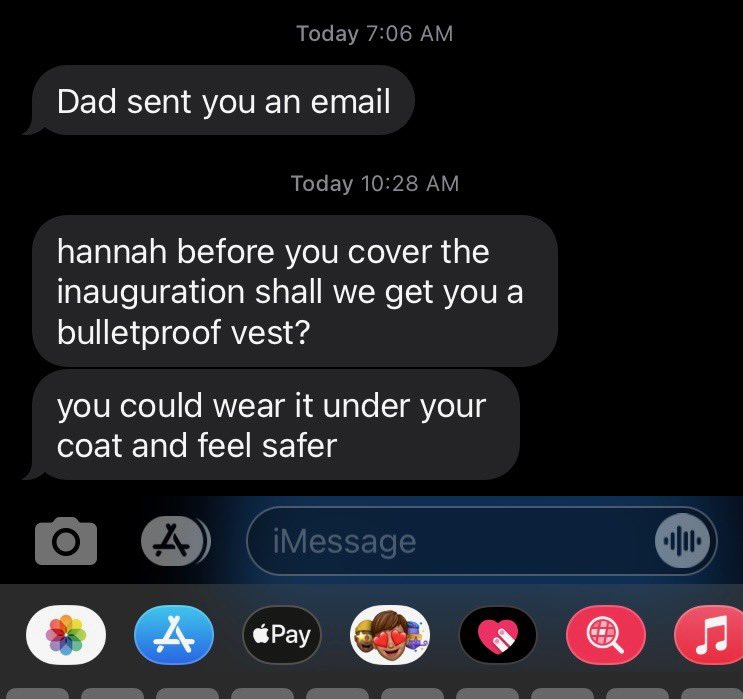