Memory and forgetting. Here’s why and how to remember the Nazis’ many many victims

Every year, January 27 is given over to remembering the Holocaust but might there be rather more merit in the German state’s official designation of this day since 1996?

For 25 years, Germany has called January 27 ‘Day of Remembrance for the Victims of National Socialism’. On January 27, 1945, Auschwitz, the largest Nazi extermination camp, was liberated by Soviet soldiers.

Back in 1996, Germany’s president Roman Herzog explained the rationale for the relatively broad term chosen to commemorate the hideous events of the Nazi era. “Victims of the Holocaust”, he said, would have been “too narrow a term, as Nazi racial policies affected more people than just the Jews”.

That is an inclusive way to look at the events that occurred in Germany in the 1930s and 1940s. ‘Day of Remembrance for the Victims of National Socialism’ is broader and deeper than ‘International Holocaust Remembrance Day’, the designation picked by the United Nations in 2005.

To speak of the Nazis’ “victims” in general is a recognition that many disparate groups died at the hands of a regime that truly, madly believed that Germans were a “master race”. As Ina R. Friedman has written, six million Jews and more than five million non-Jewish people were killed for being, in Nazi eyes, racially, socially, physically or genetically defective. The dead non-Jews included Gypsies, Jehovah’s Witnesses, gay people, blacks, the physically and mentally disabled, political opponents of the Nazis, including Communists and Social Democrats, dissenting clergy, resistance fighters, prisoners of war, Slavic peoples, and artists whose opinions and works Hitler condemned.

I would argue that the way the German state marks the ‘Day of Remembrance for the Victims of National Socialism’ is appropriate. Germany seems genuinely determined to work towards a vow that may often seem trite: “never again”.

Well, for one, it doesn’t only focus mawkishly on yesterday – the trauma, the tears, the years of absence of loved ones. Instead, invited speakers address the German Bundestag (parliament) each year on January 27 and they honestly, soberly, sometimes devastatingly and controversially, speak about today and tomorrow. They address difficult issues: How to deal with the cult of hatred and death; what different forms might it take?

Rather than keep the lens trained on the sufferings and collective trauma of the Jewish people, the speakers discuss contemporary issues in different  settings.

In 2000, here’s what Auschwitz survivor Elie Wiesel said: “I speak without hatred or bitterness. Will my words hurt you? How can you understand the cult of hatred and death that reigned in your country?” He added that he did not believe in collective guilt.

On January 27, 2002, Holocaust survivor and former Polish foreign minister Bronislaw Geremek addressed the Bundestag and referenced the September 11, 2001 terror attacks on the US. Contemporary history, he noted, had not closed the “chapter of hatred”.

I would hope that the Bundestag brings a Palestinian to speak before it some day soon. As  an occupied people, the Palestinians‘ hopes for self-determination, a two-state solution, justice and dignity have been dealt several deadly blows in the past four years by the Trump administration. What’s worse, the former US administration’s position has emboldened the Israelis. Many Israelis themselves now say that their country treats the Palestinians in ways the Jewish people might recognise from family stories about their persecution. That’s if they were to engage in honest self-reflection.

As the historian asked: who will be the Jews and who the Germans next time round?

Indeed, Ms Friedman has noted, “the Nazis began a press and radio propaganda campaign to portray their intended victims as rats, vermin, and Untermenschen (subhumans). Inmates of concentration camps were listed as Stuecks (pieces), with assigned numbers, rather than being permitted the dignity of a name. If a German gave these victims a thought, he was to think of them as animals”.

Does it sound familiar? Not from history but in this moment we’re in? 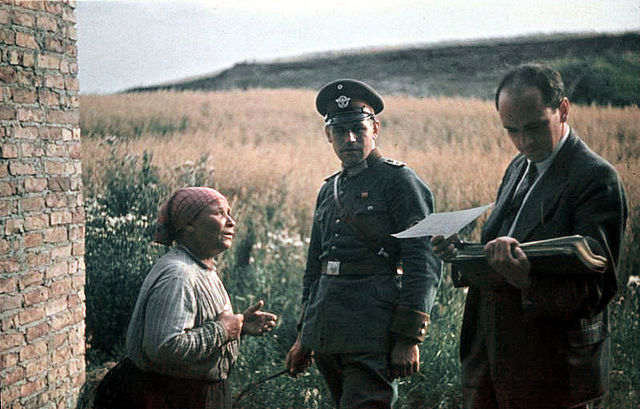