What to read about jihad: a novel may be best 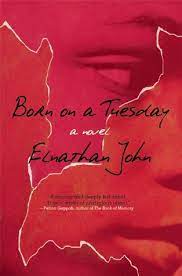 I’m intrigued by the reading list put together by The Economist on global jihadism.

There was the usual clutch of non-fiction books, such as ‘The New Threat’, by Jason Burke, on how jihadism has evolved since 9/11, and Gilles Kepel’s ‘Jihad: the trail of Political Islam’.

More interesting to me, as an assiduous reader of novels, is the recommendation of a fictional attempt to understand the appeal of jihadism.

Elnathan John’s 2016 debut novel ‘Born on a Tuesday’ is set in northern Nigeria, a region that suffers the atrocities of Boko Haram.

The protagonist Dantala, whose name translates as born on a Tuesday, attends a madrassa, lives with a gang of street boys and eventually falls under the sway of a radical preacher. From there on in, events familiar and unfamiliar start to unfold. There is a foretaste of Dantala’s personal journey in the Rumi quote with which the novel begins:

So you should taste the filtered light

and work your way toward wisdom

with no personal covering.

without a name. Move across the night sky

with those anonymous lights.

Perhaps ‘Born on a Tuesday’ may be the best pick on that reading list. For, fiction helps us understand other people’s perspectives, or, as we say in the creative writing world, other POVs (points of view).