Yaroslav Trofimov’s September 16 piece (paywall) from Baraki Barak in Logar province, south of the Afghan capital Kabul is in the Wall Street Journal.

Jim Huylebroek has written (paywall) in the New York Times from Chak-e Wardak, a district in Wardak Province. His story appeared on September 15.

Both pieces paint a picture of an Afghan countryside that is suddenly — and somewhat shockingly — enjoying an unaccustomed peace. Suddenly, after decades, people aren’t fearing gunfire and warring troops.

I found it interesting that two reports, in two American papers, said much the same thing, within a day of each other.

Baraki Barak is roughly 50 miles from Kabul, Chak-e Wardak approximately 65 miles. Both are rural areas. Both seem to be a peace — suddenly, gladly — one month after the Taliban reconquest.

Let me quote a few paragraphs from each report.

For many in the Afghan capital and other big cities, particularly women and those who had worked with the U.S. and allies, the Taliban triumph meant the disappearance of hard-won freedoms and a personal threat. More than a hundred thousand people, including a large part of Afghanistan’s educated elite, and many Zero-unit commandos, fled the country on last month’s U.S.-led airlift. Many more are still seeking a way to escape.

But in Afghanistan’s rural districts like Baraki Barak, where Taliban rules don’t differ that much from existing conservative customs, the calculation is different, particularly in the mostly Pashtun southern and eastern provinces. To villagers here, the collapse of the Afghan republic and the U.S. withdrawal mean, above all, that the guns have fallen silent for the first time in two decades.

“There was war here day and night, every day. It never ceased. The land wasn’t ours, the fields weren’t ours, the house wasn’t ours, we didn’t even have honor,” said village elder Daud Shah Khan, as he stood by the remains of the wrecked shrine. “Now, there is peace. And when someone doesn’t feel danger, doesn’t fear war, and can walk with a peace of mind, he is happy even if he is hungry,” he said.

And here’s The New York Times:

The walls of an American-constructed local government building in Chak-e Wardak, a district in Wardak Province, are pockmarked by the impacts of recently fired bullets and rockets. Holes have been carved out of the walls for shooting positions, and only a few of the glass windows remain intact.

But the once-constant volley of rifle fire is no more.

… since the Taliban takeover in mid-August, the majority of Afghanistan’s countryside has seen a substantial drop in violence. Where airstrikes and pitched battles would be commonplace, the guns have fallen silent. The checkpoints have mostly disappeared.

In their place is a developing humanitarian crisis and a new Taliban government that at times seems just as unaccustomed to governing as many Afghans are to living in a period without fighting.

…For now, though, in the Chak-e Wardak district, a patchwork of apple orchards and villages, as in many other areas of the country, there is widespread relief at the end of the fighting and the return to something like normal life. 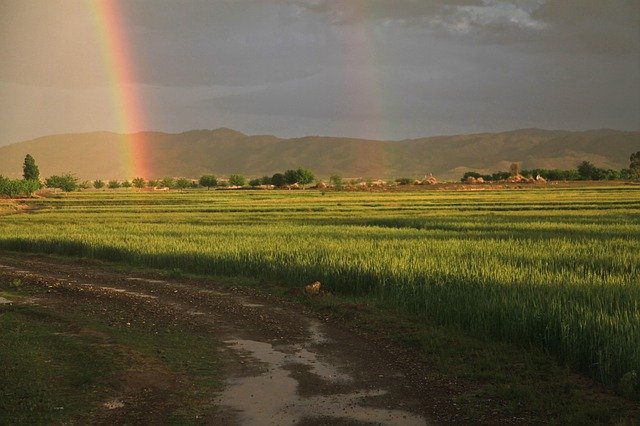