The Kama Sutra and the Bajrang Dal

What do Downton Abbey, the Kama Sutra, and the Bajrang Dal have in common?

The question was recently asked and answered by my friend, Gurcharan Das, a former CEO of Procter & Gamble India and a columnist for the Sunday Times of India.

Gurcharan’s new column picks up on an ugly incident — a book burning by militant Hindu nationalists on August 29 in Ahmedabad, in western India. The Bajrang Dal burnt copies of the ‘Kama Sutra’, the third century Sanskrit classic by the philosopher Vatsyayana. They judged it guilty of the crime of “insulting Hindu deities” by showing medieval paintings of them in “vulgar positions”. As Gurcharan noted, they warned the bookstore that they would burn it down if it continued to sell filthy books that hurt Hindu sentiments.

What does it all mean? This search for purity and the parallel, vicious attempt to identify the purveyors of filth?

Gurcharan’s reflections are worth noting, especially as he is a scholar of Sanskrit, having first studied it aged 18 at Harvard under the scholar Daniel Ingalls, and then again, later in life, at the University of Chicago. As he has previously said, he went to Chicago rather than, say, Benares, to study Sanskrit because he “did not want to escape into our past; I wanted the epic to speak to me today. I needed to engage in a process of critical inquiry”.

So, here is a brief extract from his piece on what Downton Abbey, the Kama Sutra and the Bajrang Dal have in common:

Filth, like beauty, is in the eyes of the beholder. Where the Bajrang Dal sees filth, the thoughtful believing Hindu sees the ‘wonder that was India’, including its rich, exuberant kama tradition. Kama means desire and pleasure. The Rig Veda

states that kama was the ‘first born’. The cosmos was created from the seed of kama in the mind of the One. Kama is a ‘life force’, a cosmic energy that animates the cell and holds it in place. It is the source of all action, of creation, and of

procreation. Hence, it was elevated to a purushartha, one of the four goals of a flourishing human life, along with a delightful god named after it.

What do we make of the Bajrang Dal’s reaction? In burning the Kamasutra, it has reacted just like the 19th century English colonialists and missionaries. Our colonial masters either denied desire or associated it with sin. They were quick to

censure the relaxed, healthy, natural attitude of the Hindus, who were made to feel ashamed of their rich, sunny inheritance. India, of course, also had its kama

pessimists, but they were ascetics and yogis, not householders. Today’s misguided youth of Bajrang Dal are playing back the same narrative of shame and guilt when

confronting desire. Ironically, it is happening at a time when the rest of the country has moved on, its mindset decolonized.

Reading the Kamasutra is a bit like watching Downton Abbey, the genial serial on Netflix to which India’s upper middle class is glued. It gives advice to a young gentleman of the Gupta period about the kind of life he should lead, the people to meet, the ones to avoid… 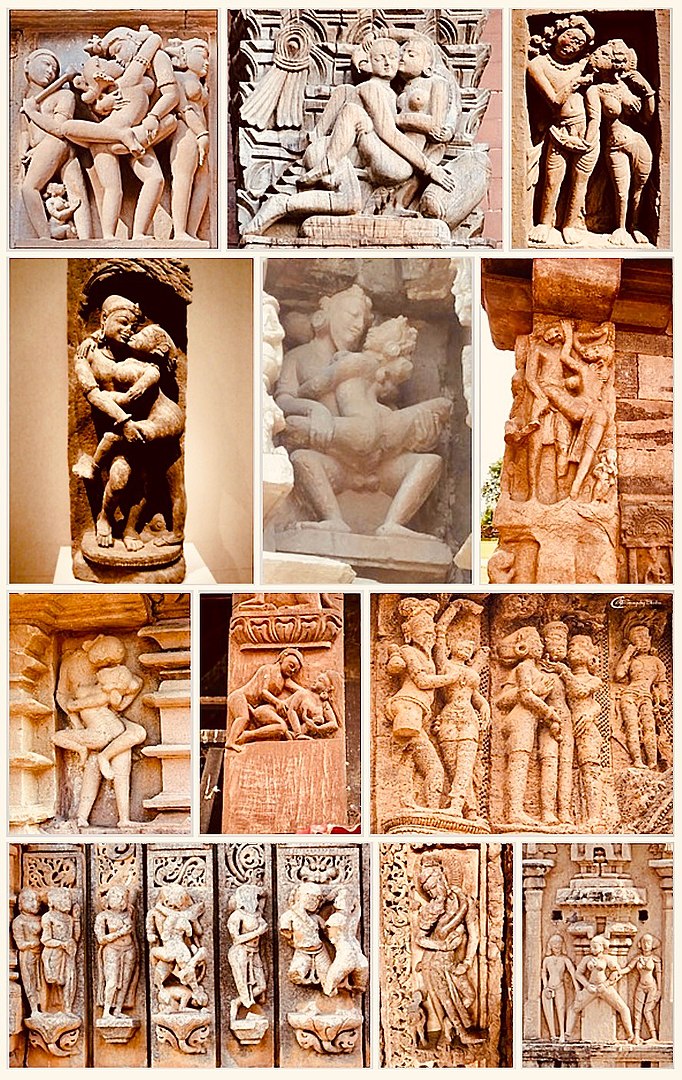