Workers of the world are uniting — we’re seeing it happen

You don’t need a sign by a major road in Milwaukee to tell you the labour shortage is acute. You probably feel it already. Domino’s, the world’s biggest seller of pizza and pizza-like foods, says it can’t find the delivery people it needs in America. Everywhere, restaurants are operating reduced hours

When I was in Wisconsin last week, it was interesting to hear a Walmart advert on public radio, offering $23.55 per hour to warehouse workers. And the assistant manager of a Hyatt hotel told me there was a constant battle now to maintain staff numbers. Wages were inevitably rising, he said, adding that he took his job just a month ago because of the improved pay and conditions.

The trickiest bit of the so-called “everything shortage” is the paucity of labour. It has dogged the U.S. economy for months and is hitting the UK as well.

To me this sounds like an enforced levelling up – a ‘workers-of-the-world-unite’ action, sans trade unions.

It’s getting results if a Walmart warehouse worker can be offered nearly $24 an hour. 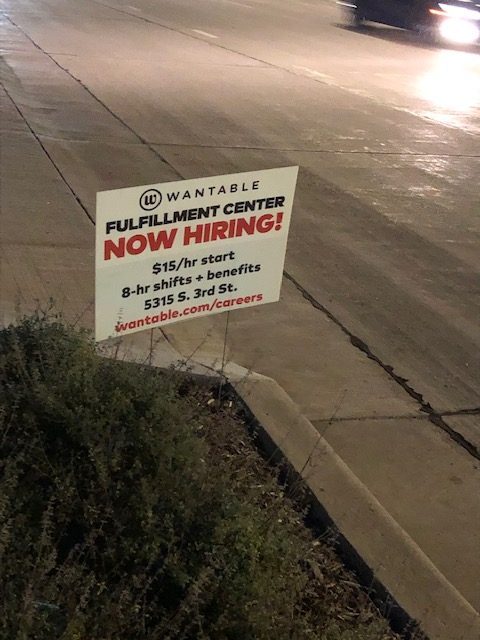