How to shop without costing the Earth

Consumerism is undoubtedly bad for the planet, but with Singles Day and the forthcoming season of goodwill and unbridled spending, here are some eco-friendly ways to shop

As more than 100 world leaders wrangle over renewables and greenhouse gas emission targets for their countries at COP26, the lone individual can start to feel pretty helpless. As of early November, some 80 nations were reportedly on board with a commitment to slash methane emissions by 30% by 2030. But how can you and I reduce our personal carbon footprint? Can it even be done?

In 2019, scientists at the Grantham Institute for climate change at London’s Imperial College recommended nine ways in which an individual could make a difference “as a consumer, a customer, a member of the electorate and an active citizen”. They were good suggestions, ranging from social activism to eating less meat, turning down the heating and replacing light bulbs with LEDs. The scientists even tackled shopping, pointing out that “everything we use as consumers has a carbon footprint.”

But shopping is a complicated and contested issue, considering the culture of consumption that has been encouraged in the West since the 1890s. As Columbia University professor of history William R. Leach noted, big department stores became institutions in their own right in the late 19th and early 20th centuries and totally transformed the philosophy and practice of shopping.

The department stores, he wrote, seemed to be “not stores at all but theatrical havens, imaginative mediums”. They “did not simply ‘sell’ commodities: they intervened with advertising skills to amplify the excitement of possibility inherent in the commodity form. They attempted to endow the goods with transformative messages and associations that the goods did not objectively possess.”

Leach quoted the advertising used in 1912 by Marshall Field’s, a 19th-century Chicago department store that went on to become a large chain: “Through the development of ideas this store becomes a vast repository of possibilities to the individual customer.”

It’s no coincidence that Emile Zola’s 1883 novel ‘Au Bonheur des Dames’ (The Ladies Paradise) is about the rise and rise of a modern department store in Paris (Zola’s model was Le Bon Marché) and the continuous stoking of consumerism.

That magic of “ experiential” shopping remains strong, to use the term employed by Melissa Minkow, retail industry expert at digital consultants CI&T. The winter holiday season, traditionally considered the “ golden quarter” for retail, is especially important for physical shops this year.

Consumers shifted much of their spending online in 2020 because of the COVID-19 pandemic. But this year, retailers are trying to lure customers back into the real world and, just like the department stores of old, they’re offering special experiences. For instance, cooking classes for children and virtual football are on offer in malls in the US, UK and elsewhere.

Meanwhile, there is Singles’ Day (11 November), the biggest shopping day of the year in China, as well as Black Friday and Cyber Monday (bookending the Thanksgiving weekend in the States), which have spread from the US around the world.

Increasingly, though, shopping carries a health warning. Earlier this year, an international team of psychologists led by Professor Mike Kyrios from Flinders University in Australia identified the first evidence-based criteria for the diagnosis of “buying-shopping disorder”. The condition, they wrote, is “driven by materialistic values endorsement”.

Then there are environmental concerns. Research shows that whether online or instore, our consumer habits are actually driving climate change. A 2015 study found that the production and use of household goods and services was responsible for 60% of global greenhouse gas emissions. It identified food, shelter and mobility as “the most important consumption categories across the environmental footprints”.

Some of those goods are essential and certainly not fripperies, fast fashion or tat. But an awful lot of shopping, especially at Christmas time and especially for presents, is pretty useless.

In 1993, Joel Waldfogel, a professor at Yale University, wrote a paper called ‘ The deadweight loss of Christmas ‘, which calculated the gap between how much a gift-giver spends on a present and how much the recipient estimates it cost. Waldfogel said that “holiday gift-giving destroys between 10% and a third of the value of gifts.”

This is because the giver usually has an imperfect understanding of the receiver’s preferences, which means that the recipient values the gift at less than its purchase price — thereby generating a “deadweight loss” to the economy. This would explain why the average individual spend on gifts in the UK — almost £300, according to a 2018 survey by Deloitte — doesn’t always generate much festive feeling. In fact, many presents are cast aside on Boxing Day.

However, not everyone agrees with Professor Waldfogel’s conclusion that it is economically inefficient to give gifts — far better to go with cash. Some economists say that gift-giving in itself generates value because it indicates that the giver cares about their relationship with the recipient.

So, as the holiday season nears, and assuming that we’re going to continue giving gifts, how can we shop ethically?

Even before the pandemic, shopping for second-hand items was increasingly fashionable. In 2019, more than 60,000 people in the UK pledged to take part in the Oxfam campaign #SecondHandSeptember.

In the US, thrift stores had already been hit by a tidal wave of preloved items after Japanese tidying guru Marie Kondo advised television viewers to “ discard with gratitude “ as your belongings “might spark joy for someone else now — win win!”

Charity shops, car boot sales and flea markets can offer rich pickings. Sometimes, you might find expensive items in a like-new condition but at a fraction of their original price. Sometimes, rare vintage stuff turns up. As well as the obvious contenders (eBay, Craigslist, Facebook Marketplace), there are plenty of more specialist sites such as Poshmark, Depop, the Vestiaire Collective, Nearly New Cashmere and Vintage Folk.

Looking for preloved items can be fun, rewarding and has the cachet of being better for the climate than the mindless shop-till-you-drop frenzy of past years.

Re-gift or give away

There’s nothing wrong with re-gifting a book you’ve read, a jigsaw puzzle you enjoyed doing, a T-shirt that’s just not right for you. Passing on the item to someone you think might like it is a responsible gesture, not meanness.

Tessa Clarke, co-founder of sharing app OLIO, says that British households generate a staggering 30 million tonnes of waste every year and Christmas is the “most wasteful season”. She urged people to “ upload any unwanted gifts “ to the app “as we all know that one person’s trash is another’s treasure”.

Freecycle and Freegle are also good places to get stuff for free. Freecycle says “It’s all about reuse and keeping good stuff out of landfills.” Freegle says its mission is “like online dating for stuff. Got stuff you don’t need? Looking for something? We’ll match you with someone local.”

Buy Nothing started in 2013 in Washington state on the west coast of the US. Since then, the network of social media groups, which gives (and receives) things for free in “hyper-local gift economies”, has grown to more than four million members in 44 countries.

Founders Rebecca Rockefeller and Liesl Clark say the project is “an effort to stave off pervasive plastics in every ecosystem on Earth by encouraging each of us to Buy Less and share more”.

Clearly, the Buy Nothing movement is not about buying nothing, just a lot less. It may be a good manifesto for a new era of mindful shopping. 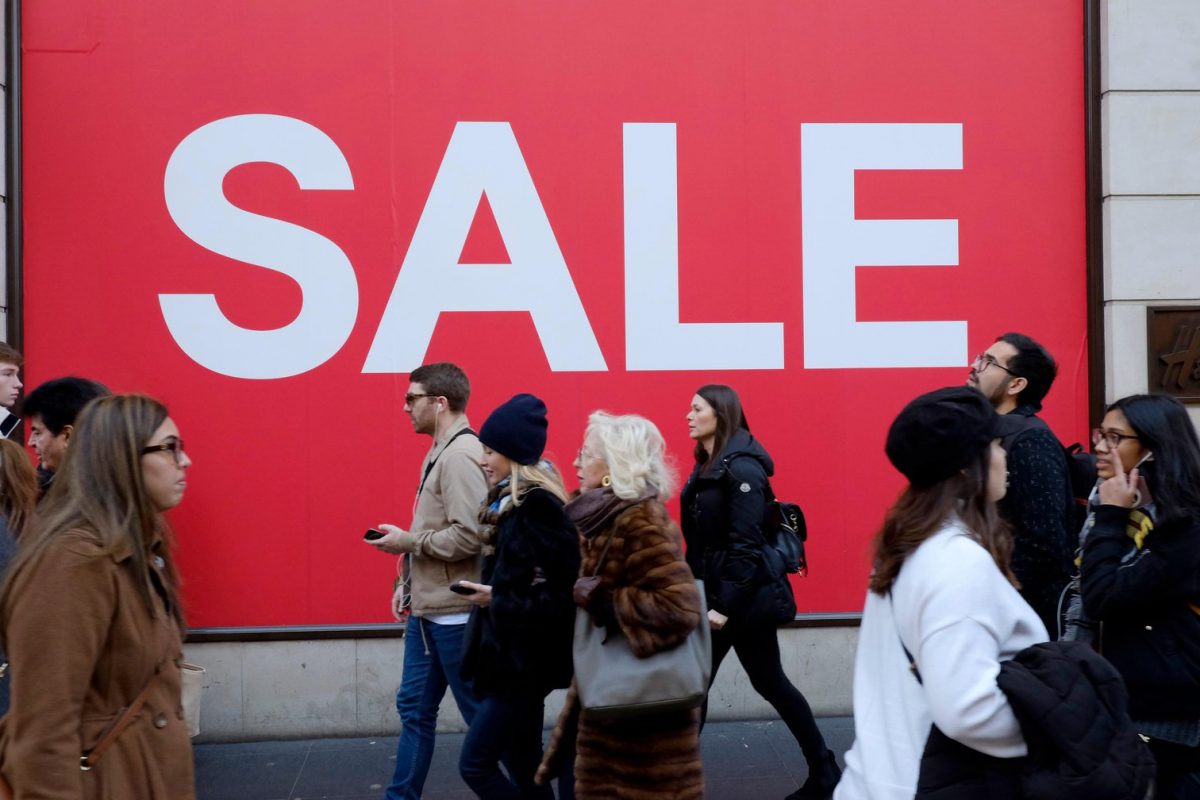