Here’s a good example of the way the Indian authorities ignore physical assaults on Muslims even as the US and the western world refuses to speak against such violence in the same vein as they condemn China’s treatment of Muslims in Xinjiang.

On April 10, at least 20 students of Delhi’s Jawaharlal Nehru University (JNU) were injured after a group of other students became violent, allegedly over the serving of non-vegetarian food in the mess. It was Ram Navmi, when Hindus celebrate the birth of the Lord Rama, and the violent group objected to the consumption of anything non-vegetarian. At least that was their justification for searching for the cook of JNU’s Kaveri Hostel and beating him up for the crime of cooking a non-vegetarian dish on Ram Navmi. They also beat up other students who were defending their right to consume a chicken curry. (For the record, it’s a myth that Hindu-majority India has always been a largely vegetarian country. A 2018 survey by US-based anthropologist Balmurli Natrajan and India-based economist Suraj Jacob suggested that some previous large-scale government surveys of vegetarianism were  inflated because of “cultural and political pressures”. The government surveys estimated that 23 per cent to 37 per cent of Indians were vegetarian but Dr Natrajan and Mr Jacob suggested people were under-reporting the consumption of meat. Believe that or not as you will, but it’s worth keeping in mind.)

“The Muslim community across the country is under siege. We demand the government to protect Muslim lives and properties and take stringent action against Hindutva rioters” - Muslim student in Delhi

Anyway, on April 12, various student groups in Delhi protested against what they described as “widespread anti-Muslim violence” as well as “hate crimes and attacks on the lives and livelihoods of minorities”.

A leading protestor said: “The bloodshed unleashed in the name of vegetarian puritanity (sic) unmasks the violence, malice and bloodlust entrenched in it. We condemn such cowardly attacks in JNU and across India.”

He added: “The Muslim community across the country is under siege. We demand the government to protect Muslim lives and properties and take stringent action against Hindutva rioters”.

Unfortunately, this is not hyperbole.

Next, we’ll explore the reality faced by Indian Muslims some of the time, or any time at all.

Read the others in this series: 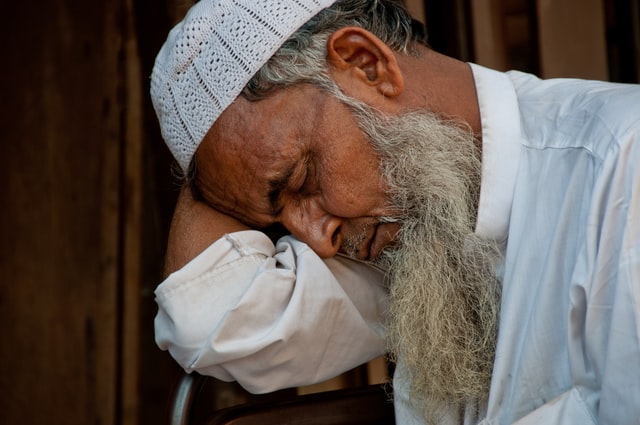